Here are the Winnipeg Blue Bombers a perfect 2-0 through the first two weeks of the Canadian Football League season and yet – to hear them tell it – they have a lot more heavy lifting to do. In fact, it could be said the club’s harshest critics early in this campaign might be the men on their own sidelines.

Example, there was Kenny Lawler – who just so happens to lead the CFL with 14 receptions – giving himself a ‘C’ grade after two games on Thursday during a media briefing. The same kind of commentary came from safety Brandon Alexander who said the secondary has a ‘lot of things to improve on, a lot of things to get better at’ despite the defence having allowed just 13 points in two games.

Yes, it’s been that kind of week in Bomberland, dating back to the immediate aftermath of the 20-7 victory over the Toronto Argonauts – the same club they meet this Saturday in The Big Smoke – when players and coaches themselves spoke of the errors they made and the corrections necessary in the days leading up to the rematch.

It’s a narrative of which reminds us of the old Rodney Dangerfield line about being in a drinking establishment and the bartender asking him to leave so that they could start Happy Hour. Ba-dum, dum.

Anyway, it’s with all that critical self-analysis serving as a backdrop that we present this week’s three storylines to track… 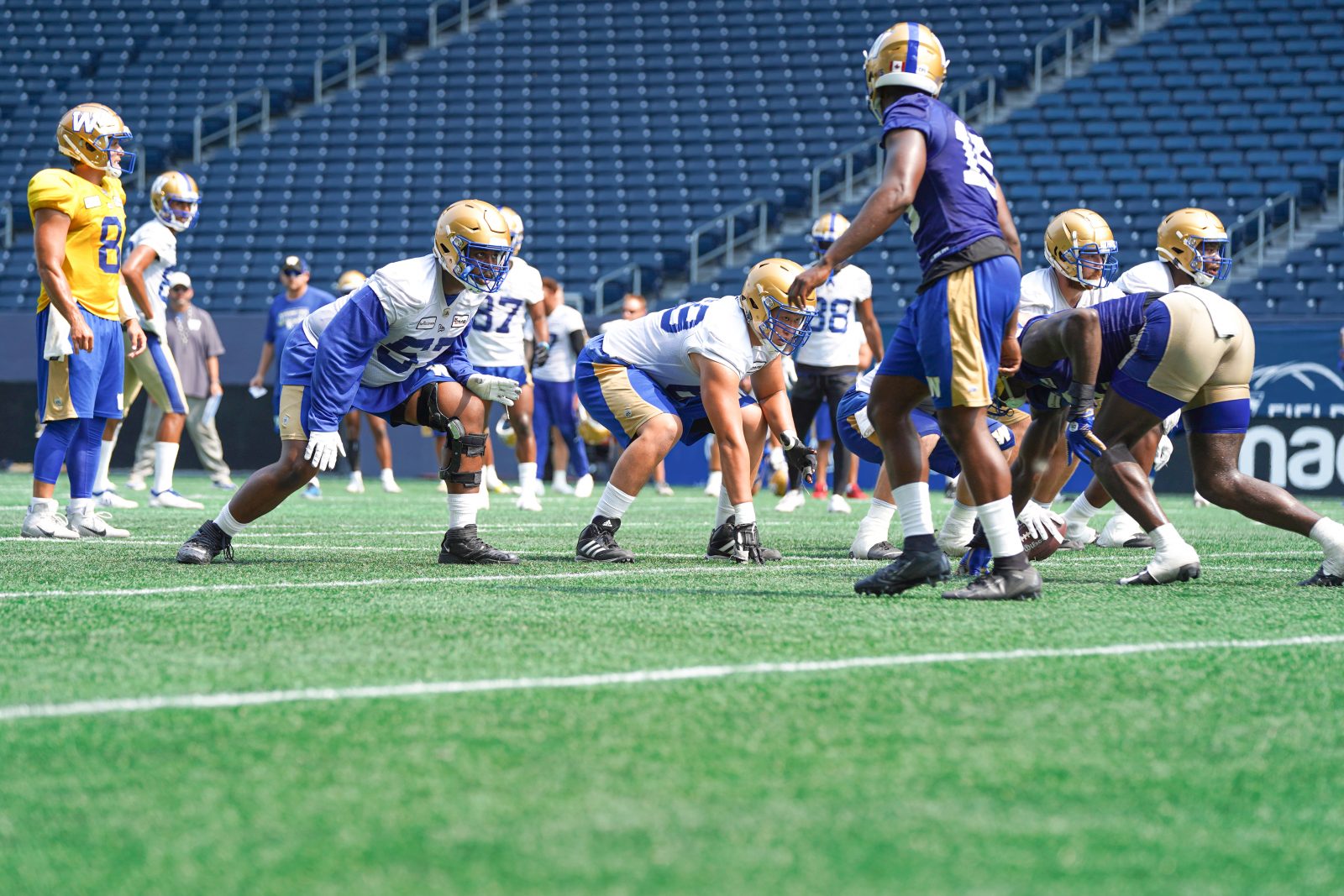 1. RE-ESTABLISH THE LINE OF SCRIMMAGE

One of the talking points all week for the Bombers was being held to 53 yards rushing on 18 carries, for a 2.9-yard average. That’s significant because it’s been 31 games – including playoffs – since the Bombers had a total that low, having generated the exact same 53 yards rushing in a 39-26 loss to Calgary back on August 25, 2018.

It’s an interesting development given the Bombers’ ability to pound the football has been their offensive identity, but also because the Argos new defensive coordinator is Glen Young – who spent four seasons with the Bombers before heading to Toronto. Bombers left tackle Stanley Bryant tipped his hat to Young, saying he did a ‘helluva job’ and also indicated the club needs to get back to running the ball effectively.

“Over the last three-four years it’s something we’ve dialled into and been good at,” he said. “We have the luxury of having continuity with the O-line; we’ve been together for a while. And also having Andrew (Harris) and Brady (Oliveira) and Johnny (Augustine), those guys have been able to plug in and run and that’s very important for our group.

“We just have to be physical. I don’t think we were as physical as we’d like to be in the last game. If we go out there and do that we know what will happen.”

At the same time, the Bombers surrendered 123 yards along the ground last week, the majority of it coming from John White – who had 111 along the ground. Worth noting: of White’s 12 carries, five were of 10 yards or more – including a 30-yard TD run – while six were under five yards.

“You don’t want to give up yards,” said linebacker Jesse Briggs. “At the end of the day it’s about limiting points; it’s about limiting points and winning games. So, check those boxes. But you don’t want to give up yards, especially the guys up front, those D-linemen and linebackers. It stings a little bit, but it’s something we’ll clean up and get better at and come out and do a better job this week.

“I don’t think it was anything schematically that they did that we were unprepared for or anything. It was just a matter of us not needing where we needed to be at certain points and a few mistakes here and there. You’ve got to give them credit. They did a good job. We’ll come out and try and match that this week.” 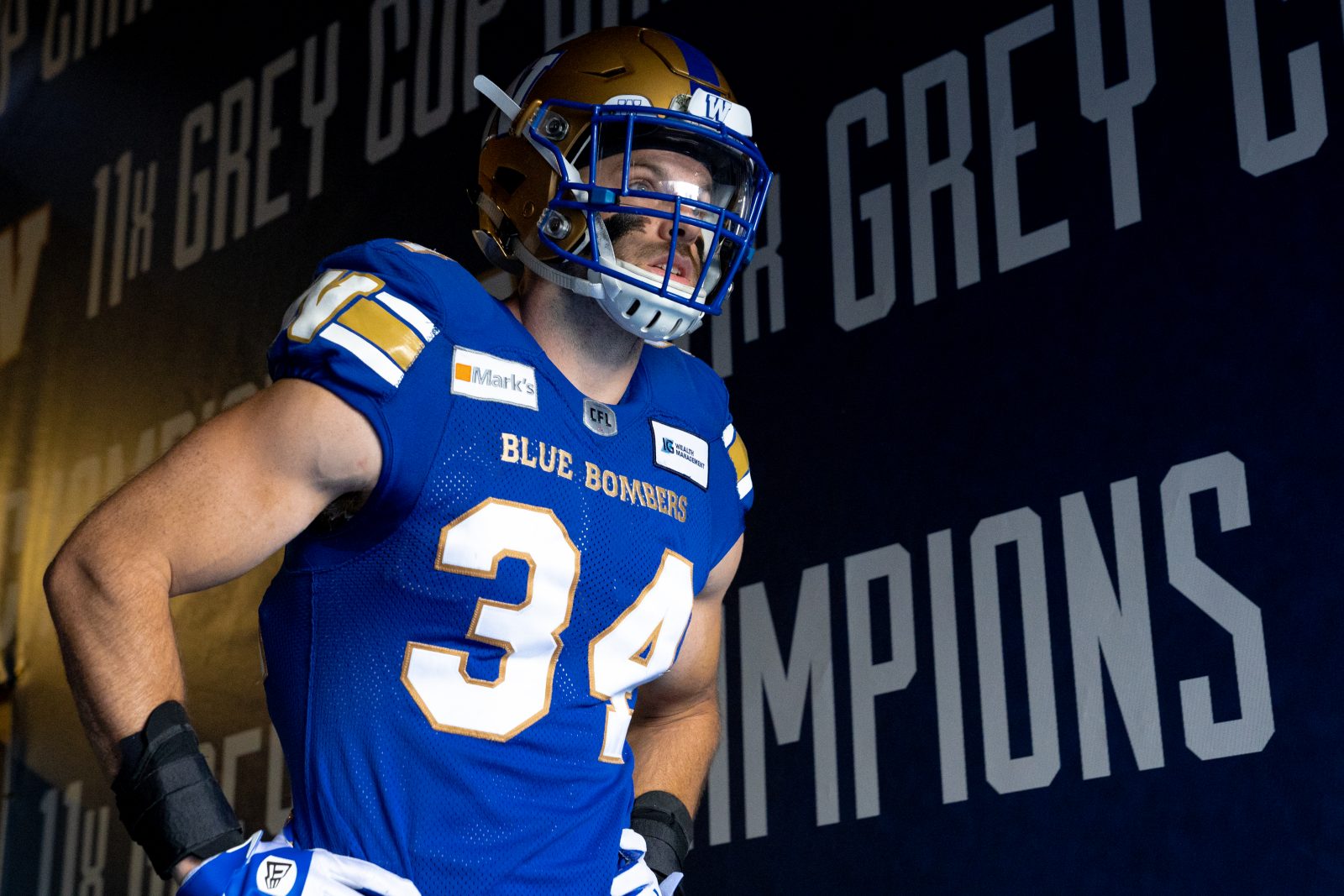 Football fans in these parts are accustomed to at least one riveting back-to-back with an opponent per season – and nothing compares to the Labour Day Classic-Banjo Bowl doubleheader with the Saskatchewan Roughriders – but this year’s schedule is big on familiarity.

The Bombers are in Toronto on Saturday for their first of four back-to-backs this season, a remarkable number given the condensed 14-game season. This doubleheader is followed by the annual Labour-Day/Banjo Bowl showdown, then a back-to-back with the Edmonton Elks in October and a home-and-home series with the Montreal Alouettes in November.

And so if it’s true that familiarity breeds contempt, then there should be a whole lot of hate between some of these squads before we even get to the playoffs.

The other factor at play here is just how difficult it is for a team to sweep a back-to-back series in the regular season. The last time the Bombers took both ends of a back-to-back came in July of 2018 in a sweep of the Argos. (Of course, the Bombers won back-to-back meetings with the Calgary Stampeders in 2019 – their regular season finale and the West Semi-final – but sandwiched in between was a bye week for Winnipeg and a Stamps victory over B.C. before the playoffs). 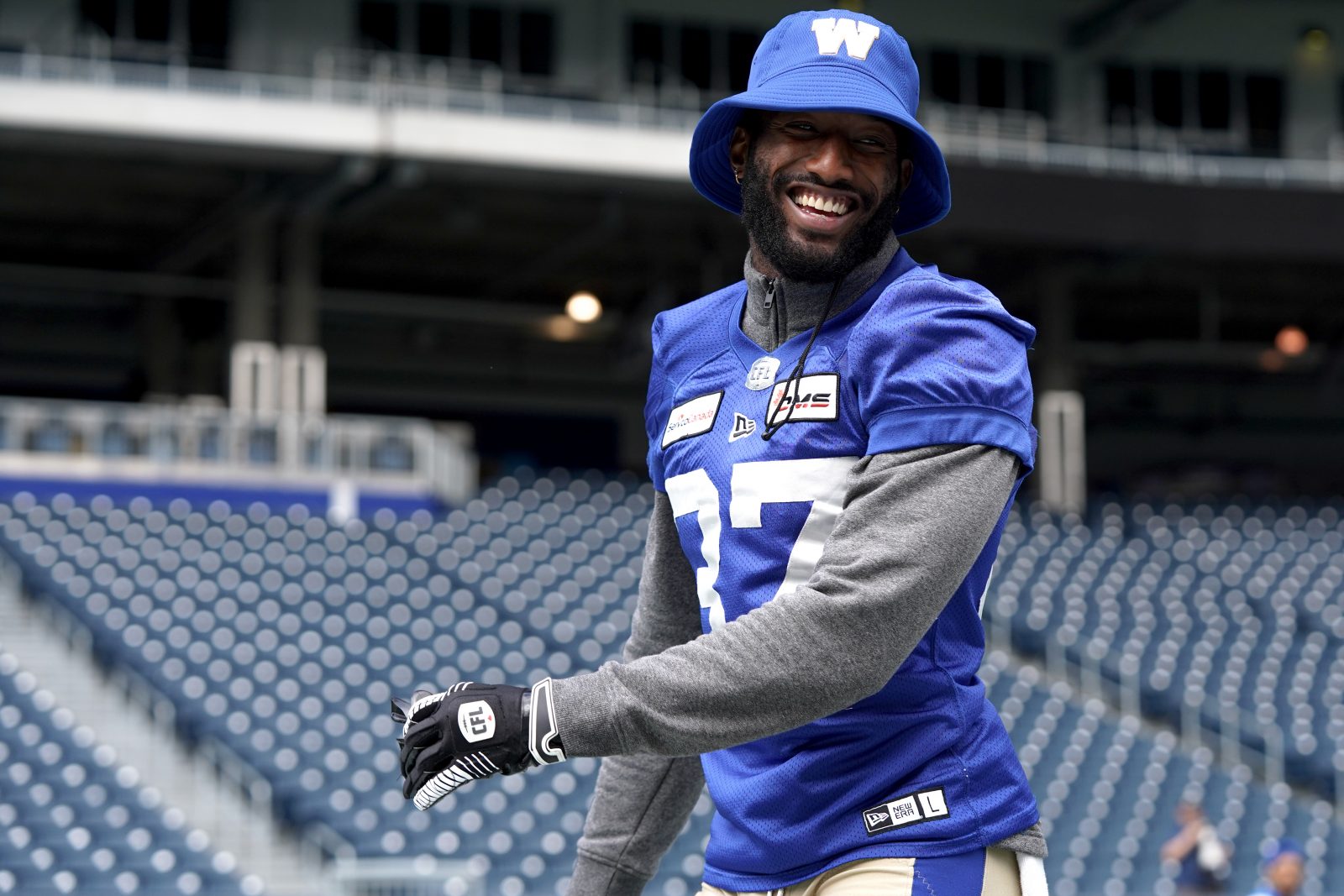 Toronto is making a QB change this week, as Nick Arbuckle will make his first start for the club after playing 2019 with the Calgary Stampeders. He replaces McLeod Bethel-Thompson, who was solid in a Week 1 win over the Stamps but was just 10 of 20 for 70 yards last week before being yanked and replaced by Arbuckle, who was good on 10 of 19 for 96 yards with one interception.

“We know him from ’19 and playing in Calgary,” said Alexander, the Bombers safety. “He’s a pretty good quarterback back then and definitely won most of his games when he was filling in for Bo Levi. He gets the ball out his hands pretty quickly and has a little bit of Bo Levi in him as far as him being able to get it out fast and get it into his receivers hands and making his reads fast.

Get breaking Bomber news and more straight to your inbox by signing up to be a Bomber Insider!

Coming soon to a street near you? Why Toronto’s chief planner wants multi-unit homes in single-family neighbourhoods – Toronto Star