by Jonathan Lemire And Josh Boak, The Associated Press 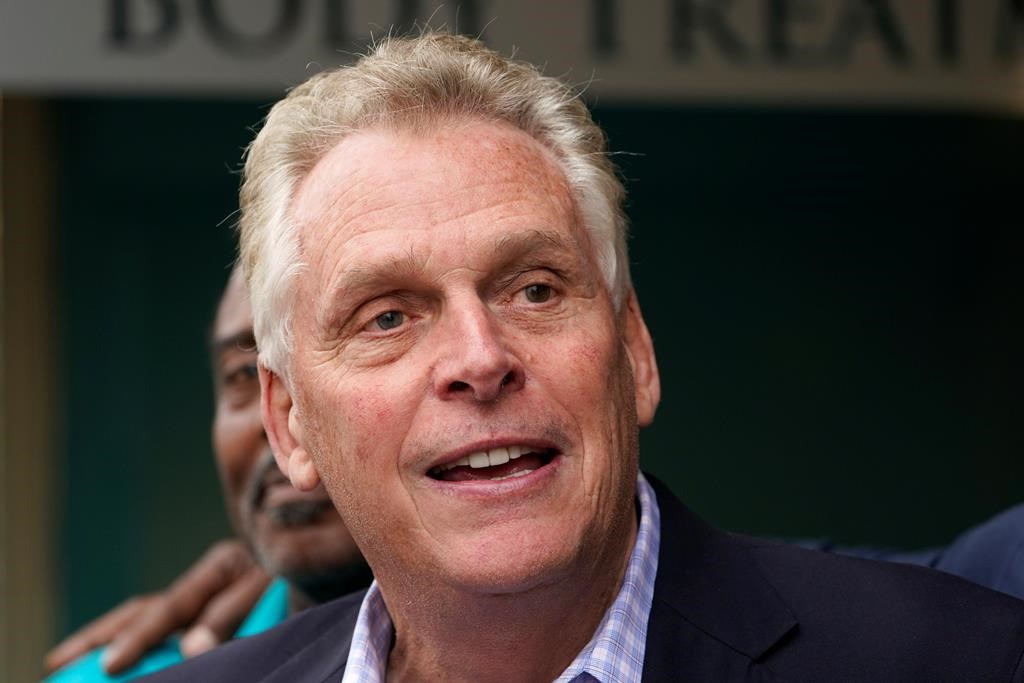 WASHINGTON (AP) — President Joe Biden on Friday was set to make his first major political foray since taking office, campaigning for a fellow moderate Democrat whose race for Virginia governor could serve as a test of Biden’s own strength and coattails.

Biden was making a short trip across the Potomac River to back Terry McAuliffe, a former governor looking for a second term whose centrist leanings in many ways mirror those of the president. The race is also seen as an early measure of voters’ judgment on Democratic control of all branches of the federal government.

Biden was expected to point to his management of the pandemic and highlight the economic recovery during the first six months of his term, providing a window into his party’s messaging as it tries to maintain narrow margins next fall in both houses of Congress. He planned to use his campaign appearance to highlight the popularity of his $1.9 trillion COVID-19 relief bill and call for action on his infrastructure plan, much as he has done in official visits to congressional districts expected to see close races next year.

McAuliffe’s win in his state’s gubernatorial primary was one of a string of recent victories by self-styled pragmatic candidates in relatively low-turnout elections — which tend to draw the most loyal base voters — and his race is being carefully watched by Democrats looking to shape their messaging for next year.

“It’s an important test for the Biden administration. The margins are so small, and he needs to be able to use his clout to help candidates get across the finish line,” said Adrienne Elrod, a senior adviser to Hillary Clinton’s 2016 presidential campaign who also worked on Biden’s inaugural. “His message is simple: that he is delivering on promises on vaccines, record job growth and infrastructure.”

McAuliffe, who previously served as governor from 2014 to 2018, is facing Glenn Youngkin, a political newcomer who made a fortune in private equity. Despite the state trending blue over the last decade, the race is seen as competitive and, as one of only two regularly scheduled governor’s races this year, is drawing outsize national attention as a potential measuring stick of voter sentiment ahead of the 2022 midterms.

Biden and McAuliffe profile similarly, as moderate Democrats who don’t necessarily electrify the party’s base but who won their primaries on a promise of electability. The Virginia race could stand as a checkup on Biden’s status, and the Democratic National Committee has pledged to spend $5 million to help McAuliffe’s campaign this year, a clear signal that the White House has prioritized the race.

White House aides, including senior adviser Mike Donilon in a briefing call with reporters this week, say they are betting that voters will reward Biden for his policies while Republicans try to run on identity politics.

Youngkin, however, has distanced himself from former President Donald Trump, even as much of the Republican Party remains in the thrall of the former president.

Biden has long been an eager campaigner, on the road — and on the rope line — during his time as senator and vice president, and emerged as a successful surrogate in 2018 when Democrats won back control of the House.

But the COVID-19 pandemic eliminated campaigning for the bulk of the 2020 race, and the events that were held for the general election stretch run were socially distant and infrequent. As the pandemic receded this spring, Biden, always the most tactile of politicians, has reveled in interacting with people, spending an hour chatting with supporters at a recent Philadelphia event.

Aides said he was eager to do the same in Arlington on Friday. But privately, there was increased worry about the danger posed by the virus’s highly contagious delta variant.

Biden has pledged to work with Republicans and has spent enormous political energy on the bipartisan infrastructure deal. But he was still expected to go after the GOP, particularly on Republican efforts to restrict ballot access in a number of states and on how Trump fueled the Jan. 6 riot at the U.S. Capitol.

White House aides have pointed to polling that suggests Biden’s agenda is broadly popular with voters of both parties, even though it has received little support from GOP lawmakers in Washington. But Republican strategists cast doubt on whether Biden’s poll numbers would translate into votes.

“This will be the first real test of how voters feel about Democratic control. What does the electorate look like without Trump on the ticket?” said Alex Conant, who was a senior adviser to Marco Rubio’s 2016 presidential bid. “The president’s approval ratings are relatively good, but no one trusts the polls anymore.”

While both Biden and McAuliffe have been active in Democratic politics for decades, they have relatively few direct political connections, though McAuliffe ran the state campaign for Biden in 2020. But their political and ideological similarities are extensive.

Mark Rozell, political science professor at George Mason University, recalled that McAuliffe was interested in running for president himself in 2020, but held off and deferred to Biden, knowing that they would occupy the same political lane, which Rozell described as “centrist-progressive.”

Virginia’s off-year elections have always been looked at as a sort of national bellwether, and “with the Democratic nominee being so philosophically close and similar to Biden, many may see Virginia as a stronger bellwether than usual,” Rozell said.

Current Democratic Gov. Ralph Northam, like all Virginia governors, is prohibited from seeking a second consecutive term. The other notable off-year election in 2021, for New Jersey governor, is not expected to be competitive, with Democrats likely maintaining control.

Biden’s political activities have been sparse during his first six months in office, mostly just a few virtual fundraisers. And his travel has also been limited because of the pandemic.

Biden hasn’t ventured farther west than Texas, where he visited in February to tour the site of devastating storms. And he has not spent a night at a hotel in the United States, limiting his travel to states where he can return to the White House or home to Delaware at the end of the day.

Coronavirus: What’s happening in Canada and around the world on Friday – CBC.ca