By Star Editorial Board

For those despairing at the seemingly intractable disputes in the world, Northern Ireland, as unlikely as it sounds, might soon stand as a symbol of change where none seemed possible.

Last week, Sinn Féin won a plurality of seats in the Northern Ireland Assembly, entitling the nationalist party to the post of first minister in Belfast for the first time since partition of the island in 1921.

There was a time when such news would have shaken Toronto – once known as “the Belfast of Canada” – to its Orange foundations.

But now, in modern Toronto, as in much else of the world, the election results in Northern Ireland, the latest development on a seemingly inevitable road to reunifying Ireland, barely registered.

That constitutes mighty progress considering the divide was once so entrenched that it was said pilots advised travellers, as they began the descent into Belfast, to set their watches back 300 years.

Sinn Féin Leader Mary Lou McDonald said she hopes a reunification referendum can be held in both Northern Ireland and the Republic of Ireland within five years and constitutional change achieved within a decade.

“We believe that Irish unity is the best plan, the biggest opportunity for all of us who live on this island,” McDonald said.

“Partition has been disastrous, led to conflict and no end of hardship,” she went on. “But (ending) it has to be done in a way that is planned, orderly, democratic and entirely peaceful.”

Order and peace have hardly been Northern Ireland’s brand in the world. But should events proceed as McDonald sketched out, even the British will surely be relieved.

Northern Ireland began as a mistake, one of the British Empire’s costlier misjudgments.

It was intended to accommodate British loyalists in Ireland’s northeast but made for a statelet founded on bigotry and subjugation, a so-called “Protestant state for a Protestant people.”

In truth, Northern Ireland has been unloved and unwanted by Britain for a long time.

Kevin Meagher, a former adviser to one of Britain’s Northern Ireland secretaries, wrote in a 2016 book, A United Ireland, that “Northern Ireland is seen as a strange little place, full of odd and violent people with whom the English have next to no affinity.”

Decades of violence in the latter half of the 20th century exacted terrible costs on all sides. But the Good Friday Agreement of 1998 resulted in a downing of arms and a power-sharing structure in which politics has produced steady incremental improvement for almost a quarter-century.

In that relative peace, a generation has come of age that was raised freer from fear and violence and corrupting injustice than their forebears.

Polling in Northern Ireland has shown consistently growing support for Irish unity. A major economic study in 2015 said unity would mean significant economic benefits for both parts of the island.

True, there will be complications in the Sinn Féin surge. Unionists have signalled a disinclination to co-operate in a power-sharing government. But even that obstructionism likely signals the death rattle of an expiring era.

Thirty years ago, Peter Brook, as he took over the United Kingdom’s Northern Ireland Office, said Britain had no “selfish strategic or economic interest” in the Six Counties and would accept reunification if there was majority consent.

That day, last week’s election suggests, is now closer then ever.

Coronavirus: What’s happening in Canada and around the world on Thursday – CBC.ca 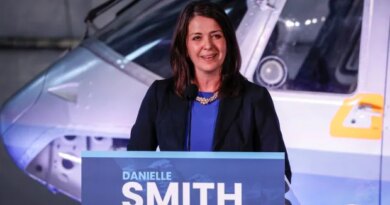