Two employees caught on camera tearing down Liberal election signs in Brampton, Ont. have been fired and reported to police.

The vice-president of Camp Forming says she couldn’t believe her eyes when she saw video of two incidents in which someone using a company vehicle vandalizing and stealing election signs.

“I could not believe that somebody that represents our company would put themselves in a situation like that,” Christina Campoli said.

After being informed of the incident by CTV News Toronto, Campoli said she “instantly brought it to the attention of our president and started doing our internal investigations, alongside of your reporting and the images you made known later on in the day. And the matter came to a head this morning.”

That’s when Campoli said she drove the two men involved to Peel police’s 22 Division to turn themselves in, and then promptly terminated their employment.

The incidents happened last week on a residential street in the riding of Brampton West. In one of the videos, provided to CTV News by the Ontario Liberal Party, a man can be seen trying to rip a sign from the lawn of a home. The sign breaks in half and the man leaves with only half the sign.

In another video, the same man can be seen exiting a clearly marked white van, with the “Camp Forming” logo on it. He approaches a wooden fence, and pulls a campaign sign off, before taking it back to the van. 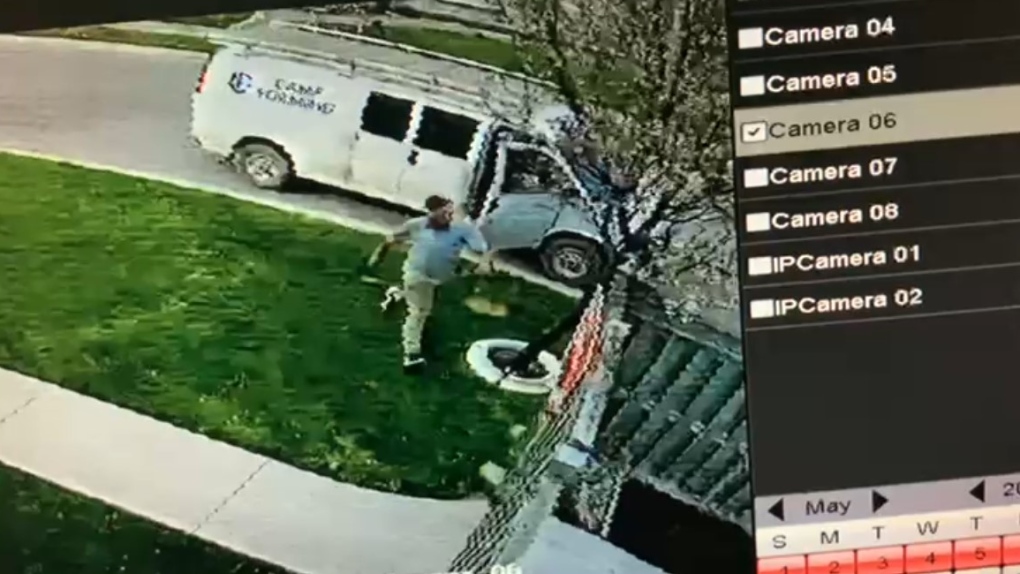 Following her visit Friday morning with police, Campoli visited the campaign office of candidate Rimmy Jhajj, the candidate whose signs were damaged and stolen. When the two met in the parking lot, Campoli offered an apology on behalf of both her company and her family for the actions of the two individuals.

Jhajj says she was pleased with the apology.

“I really do appreciate her coming out to apologize and especially bringing the names forward to the police,” Jhajj told CTV News Toronto. “It’s hopefully going to help us resolve this issue, and again I hope we can all move forward in a respectful manner.”

Campoli said she also planned to apologize to the homeowner.

“Feeling that their freedom of speech has been disrespected, that they can’t have that anymore, that is a horrible feeling, and I can’t imagine what that feels like.” 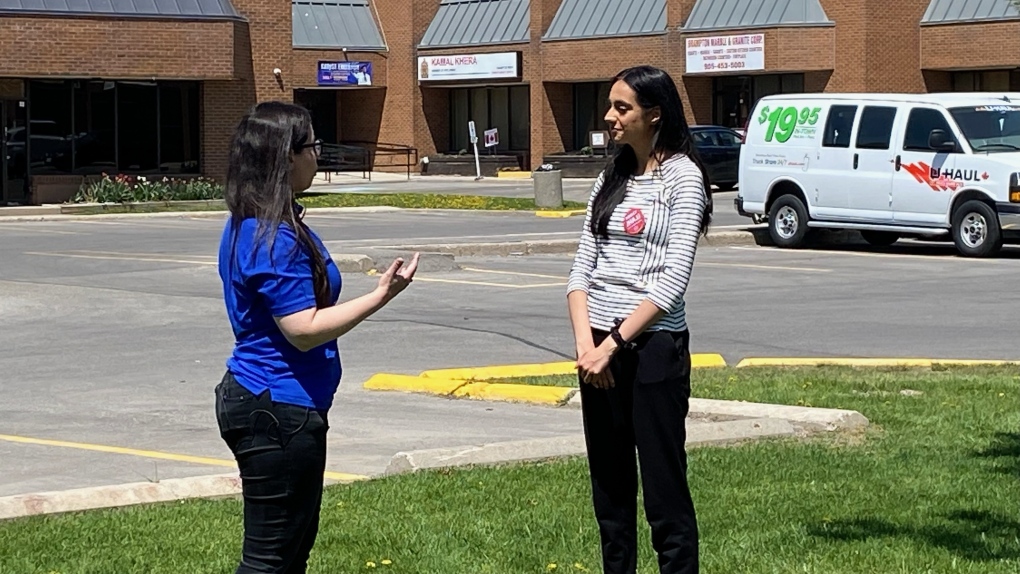 Christina Campoli apologizes to the Liberal candidate for Brampton West after two of her employees were caught on camera tearing down election signs. (Scott Lighfoot/CTV News Toronto)

Confirming that she is a donor to the PC Party, Campoli says the incident was not political in nature.

“Regardless of our personal political opinions, the company has zero political opinion. We believe that everybody has free choice and we respect free choice. We are very respectful individuals and encourage people to vote for the party that best represents what they believe in- and that’s the beauty of living in Canada and having a free democracy.”

CTV News Toronto has reached out to Peel Regional Police to inquire if any charges have been laid, but so far have not heard back.