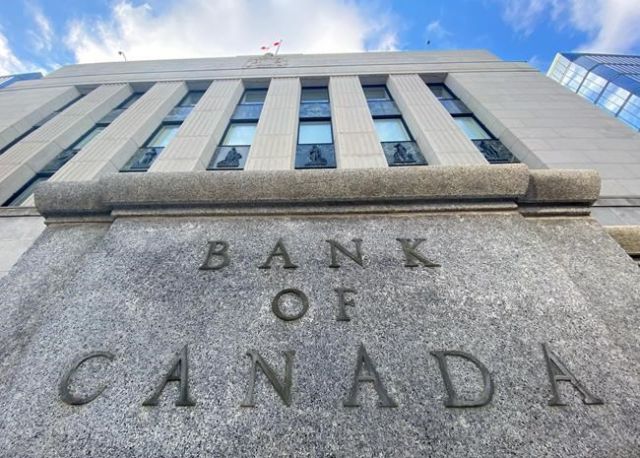 The Bank of Canada building is seen in Ottawa, Wednesday, April 15, 2020. Experts say there are a number of similarities between today’s hot inflation and that of the 1970s, which led to double-digit interest rates in the 1980s.THE CANADIAN PRESS/Adrian Wyld

Winnipeg’s Barry Prentice was in his 20s when the spiralling inflation of the 1970s followed by double-digit interest rates in the early 1980s put home ownership completely out of reach for him and many of his friends.

“I couldn’t even consider it (buying a house). My brother did, and his mortgage rate was something like 18 or 20 per cent,” said Prentice. “What I remember is that it was a time of great anxiety, a time of great uncertainty.”

Now a professor of supply chain management at the University of Manitoba, Prentice has been watching with growing unease what he calls the “eerie” similarities in economic conditions between now and then.

“There is a lot of resemblance between now and the 1970s,” he said. “Nobody then had ever seen this before, and there was no clear path to where it would lead to.”

For the baby boomers who lived through it, the inflation crisis of the 1970s — followed by sky-high interest rates that peaked at 21 per cent in August of 1981 and then triggered a recession — is burned into the memory.

But from generation X on down, the majority of the Canadian population has up until now remained unfamiliar with significant inflation as well as the interest rate actions taken by central banks to try to combat it.

That’s changing though, as the price of everything from fuel to food to manufactured goods has increased in the wake of supply chain pressures related to the global pandemic and the war in Ukraine. On Wednesday, Statistics Canada said its consumer price index for April 2022 rose 6.8 per cent compared with a year ago, a fresh three-decade high.

And last month, the Bank of Canada raised its key interest rate target by half a percentage point to one per cent, prompting Canada’s big commercial banks to raise their prime rates in return. The central bank also warned more interest rate hikes are coming as it works to try to bring inflation back to its target of two per cent.

Bank of Montreal chief economist Doug Porter said it’s highly unlikely Canadians are in for a double-digit, ’80s-style interest rate shock any time soon. But he cautioned that inflation is spreading rapidly and broadly, and the worst could be yet to come.

“I think there’s a risk that everyone is severely underestimating how much of an issue we have on our hands here, and how high interest rates may need to go,” Porter said in an interview.

Part of what makes a comparison between the 1970s and now so “disturbing,” said Porter, is what was behind the inflation crisis. At that time, rising inflation was driven by surging energy prices (caused by the OPEC oil embargo of 1973, which led to spiking gasoline prices and shortages across North America) as well as a boom in the price of agricultural commodities.

“Clearly there were some differences between then and now,” Porter said. “But the speed we saw in the run-up to inflation, and the direct causes, are eerily similar to today.”

From mid-70s until the early-80s, the average annual rate of inflation in Canada topped eight per cent, said Charles St-Arnaud, chief economist for Alberta Central, the central banking facility for the province’s credit unions.

He added that in February of 1974, year-over-year food inflation in Canada peaked at 18 per cent. (That’s compared to the latest 2022 Statistics Canada figures, which peg the inflation rate of food costs in this country at 8.8 per cent in April.)

Central banks had no choice but to hike interest rates to combat that type of extreme increase in the cost of living, but it took double-digit rate hikes — and the resulting economic crash they caused — to finally put a stop to runaway inflation, St-Arnaud said.

“The recession of the early ‘80s was what I would call a monetary recession, but it was necessary to reduce the inflationary pressures,” he said.

But St-Arnaud added the Bank of Canada may not have to increase rates to 20 per cent to be effective this time around.

“We have an economy that’s way more sensitive to interest rates now than it was in the ’80s, because households have never been so indebted,” he said, adding the consumer debt-to-disposable income ratio in Canada is at a record high.

“With interest rates increasing fast, suddenly there’s a lot of households who will need to shift their budgets and move discretionary spending toward debt repayment.”

Still, both Porter and St-Arnaud caution the Bank of Canada is walking a fine line as it attempts to engineer a soft landing for the economy and avoid a wide-scale recession.

“The margin of error is low,” St-Arnaud said. “Because a lot of what is driving inflation right now is out of their (central banks’) control.”

“I think the goal this time is to try to cut inflation off at the pass before it can become really embedded,” Porter said. “But it’s going to be a challenge.”

For his part, Prentice believes we are headed directly toward “stagflation,” a term meaning persistently high inflation coupled with a slowdown in economic growth.

While it won’t be a pleasant ride, Prentice said, it’s important to remember that those who lived through the economic turmoil of the 1970s and 1980s made it out the other side.

“We did survive,” he said. “We made it to here. So I’m optimistic we’ll survive this too.”