TORONTO — Investigators have released images of a car used by a suspect that fired shots into a Toronto police substation last week.

On Oct. 29 at about 8:05 p.m., officers at the 55 Division sub-station on Coxwell Avenue, formerly known as 54 Division, heard a window break.

They then located a number of bullet holes and broken windows in the exterior of the building and also found a number of sharp objects including nails that were spread across the driveway.

No one was injured by the gunfire.

Investigators said last week the shooting was “odd” as it targeted a building very obviously marked as belonging to police that is not accessible to the public.

Approximately 90 minutes later on that same night, police said they were called to a home near Gilbert and Eglinton avenues.

It is alleged that the same suspect fired several gunshots into the home, some of which travelled straight through it.

No one was injured in that incident. 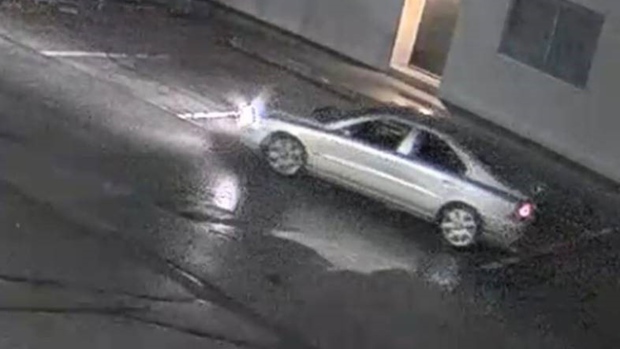 The suspect used a light coloured Volvo sedan, possibly an S60 model year 2009 or older to travel to and from both incidents.

Anyone with information about either incident is asked to call police at 416-808-2510.