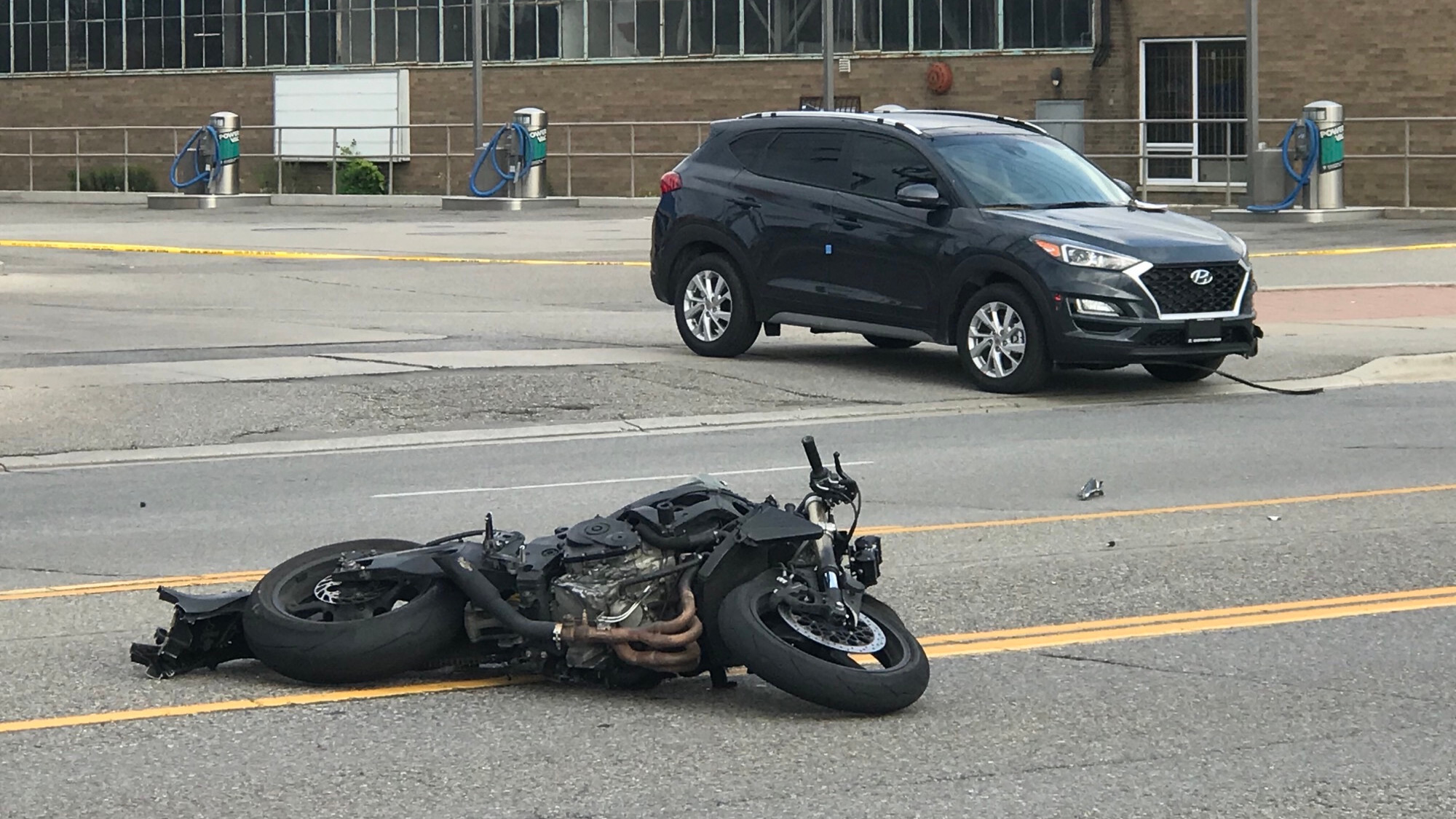 A motorcyclist in his 20s is dead following a crash in Etobicoke. CITYNEWS/Mark Douglas

One man is dead following a collision between a vehicle and a motorcycle in Etobicoke.

Police were called to the area of Jutland Road and Kipling Avenue just before 3:30 p.m.

Paramedics attempted life-saving measures on the motorcyclist, believed to be in his 20s. He was eventually pronounced dead at the scene.

The driver of the vehicle remained at the scene.

Restaurants and shops in Niagara Falls to welcome back Canadian tourists – WIVB.com – News 4