Much better this time.

Brooklyn faced a shorthanded opponent on the road for the second-straight night following Tuesday’s embarrassing loss to the Philadelphia 76ers. The Toronto Raptors were without All-Stars Pascal Siakam and Fred VanVleet, last year’s Rookie of the Year Scottie Barnes, as well as Otto Porter Jr., Precious Achiuwa, and Dalano Banton.

After a slow first half, the Nets took care of business convincingly, winning 112-98 for the team’s ninth victory of the season. Brooklyn now sits at 9-10.

Despite a quiet first half, Kyrie Irving went absolutely nuclear in the second, putting up 29 points on 11-of-16 shooting and 5-of-8 from three. Of his total points, 26 came in the second half, the third-highest-scoring half he’s had as a Net.

“Just playing in flow,” said Kyrie about his approach. “Just waiting for opportunities, letting the game come to me. And just trusting that we were just gonna make the right basketball plays out there for one another.”

Ben Simmons had yet another promising outing, putting up 14 points on 7-of-9 shooting and six assists. His defense was as good as it’s looked as Net, swarming Toronto’s ball-handlers—Gary Trent Jr. and Malachi Flynn—to pick off three steals and two blocks.

“Ben, as you can see, is just feeling better physically, which is helping us,” explained Jacque Vaughn. “For him to go coast-to-coast and get easy baskets for us, to push the pace for us to get open shots for everybody else, and they’re learning how to play with him and play with his pace.”

Kevin Durant, meanwhile, had a quiet game by his standards with 12 points but moved past Kevin Garnett’s 26,071 points for 18th on the all-time scoring leaderboard. Next up for Durant is John Havlicek with 26,395 points. And despite that low output, KD led the Nets with a +30 rating.

“I mean, we know what Kev’s capable of,” said Kyrie Irving. “Some nights are gonna look like this for us, but I wouldn’t count on it being consistent. He’s gonna do his thing out there on the scoring end. But he was impactful in other ways tonight” three blocked shots, plus-minus of 30. Only 12 points, 5-for-10. I mean, I’ll take it. And the win.”

All five Brooklyn starters scored double-digit points. Nic Claxton recorded his sixth double-double of the season with 14 points and 10 rebounds, and Royce O’Neale hit a season-best five 3-pointers for 15 points. Brooklyn also garnered 32 assists on 45 made field goals, the fourth-straight game the team has recorded 30+ assists.

Interior defense was a major strength for the Nets, especially in the second half, as Brooklyn—the league leader in rejections– recorded 11 total blocks to the Raptors’ two.

“You didn’t see as many breakdowns at the end of plays tonight, the concentration level,” said Jacque Vaughn after the game. “So a big piece of that is just holding each other to a higher standard. I thought from the beginning of the game, you saw that: a lot more talk from each other, a lot more communication, a lot more demand of each other, which was great to see also.”

They also limited outside shooting opportunities and held Toronto to 24.1% shooting on just 29 looks from deep. The Nets, meanwhile, couldn’t miss and shot 54.9% from the field and 44.7% from three.

Brooklyn’s frontcourt was impactful from the jump. Simmons continued his strong play with four early points and one steal and was a major reason the Nets recorded six early fast break points. Claxton was equally forceful, patrolling the paint with mastery en route to six points, three rebounds, and two blocks. Their Nets built an early 21-12 advantage before the six-minute mark.

Brooklyn maintained that advantage until Cam Thomas checked in at the end of the quarter. Thomas got on the board with four quick points and a assist but then gave up a corner three by helping from the strong side. Such is the yin and yang of relying on young players. Brooklyn finished ahead 38-26 to end the first.

Toronto started the second quarter on a 13-0 run as Gary Trent Jr. began to get it going. Meanwhile, offensive rebounding continued to be a problem for the Nets after the brutal night in Philadelphia, with the Raptors grabbing 10 early offensive rebounds through one-and-a-half quarters. As such, things were largely knotted up for the majority of the period as neither team could find any sort of rhythm.

Edmond Sumner checked in at the 5:34 mark in the second and quickly got on the board with a layup in transition while cutting from the weakside, and then he scored on a pick-six thanks to some great point-of-attack defense. This gave the Nets a seven-point lead. Unfortunately, Brooklyn proceeded to cough the ball up twice (Durant being one of the culprits for one of his five first-half turnovers), and Toronto evened things up. Despite Toronto shooting just 18% from three in the first half, the Raptors were down just 52-51 against Brooklyn after two periods.

Brooklyn finally got it going in the third quarter. Kyrie Irving broke his silence with a pull-up two, a three, and a layup on the fastbreak through contact. Behind the increased effort to start the second half, the Nets went on a 10-0 run.

The Nets continued to pour it on in the third. Kyrie was splashing shots left and right, and Ben Simmons wreaked havoc against Raptors’ ball-handlers to rip away two steals.

“So far, this is the best I felt in terms of just moving,” said Simmons after the game. “Obviously, it’s a back-to-back and I think my minutes were supposed to be lower, but I was trying to push myself and I wanted to be out there and help the team win.”

Kevin Durant, meanwhile, turned up the intensity on defense and contested multiple shots at the rim for three blocks. Behind the efforts of their three stars, the Nets grew the lead to 91-76 to end the third.

Brooklyn continued to keep the defensive intensity high in the fourth quarter. Royce O’Neale ripped away two steals, and suddenly Brooklyn’s lead grew to 20. The Nets never looked back, cruising over the finish line with a 14-point advantage.

He looked despondent, passive, and disengaged in the first half. Many on social media wondered what was going on. It was his third-straight game of appearing utterly disinterested in the product on the floor, whiffing off-ball rotations, and appearing well removed from the offense. Some wondered, did he want a trade? Had Brooklyn’s punishment of an 8-game suspension caused Irving to check out mentally?

Then the third quarter happened. Irving poured in 19 points while oscillating perfectly on and off the ball—creating his own shot when needed, pouring in catch-and-shoot threes, and attacking second side. He was nearly as impactful in the fourth, dropping 7 points to raise his second-half total to 26.

The snatch-back dribble was his closest ally, first displaying the move in the third quarter on this gorgeous stepback three. He nearly crossed poor Chris Boucher to Vancouver.

He revved up the move later in the third, this time inside the three-point line for a patented long-two, which he swished with perfection. Thad Young does a better job containing, but still, just nasty stuff from Kyrie.

When he’s got it going, there’s no one like him.

Markieff Morris defended Simmons’ slow start and explained why he’s not surprised by what looks like a sudden change in his teammate’s play.

“Healthy. He finally got his legs under him. He was off for two years. Y’all wouldn’t give him a chance, y’all want to criticize him after every fu***** game …” Morris told the media. ““But when a guy don’t play two years — because obviously y’all wouldn’t know because none of y’all played in the NBA, he had to get his body right. Contact every night, he’s playing 30-plus minutes, it takes time.”

The Nets finished with 32 assists, the first time since March 1987 that they posted four straight games of 30 of more assists.

The Nets shot 17-of-38 from 3-point range, a season high for makes. The Raptors finished 7-of-29, matching their fewest made 3-pointers of the season.

Ian Begley of SNY got a big exclusive last weekend, the first interview with Kyrie Irving, one in which he apologized deeply for the harm he caused Jewish people with his posting of a link to an antisemitic video. It was a big “get” for the veteran NBA reporter and his network.

So, one had to wonder why YES Network, the Nets TV rights holder — and SNY’s rival — didn’t get the interview. Now, Brian Lewis and Josh Kosman of the Post contend that YES was not pleased by Irving’s choice.

Kyrie Irving’s decision not to conduct an interview with YES – the Nets’ rightsholder – before the Brooklyn star was reinstated frustrated some at the network, sources close to the situation said.

Going to a direct rival was just salt in the wound…

The decision to go to a direct rival vexed several YES staffers, a source told The Post. The consternation was not believed to have reached the executive level.

Lewis and Kosman report that the interview with Begley was not set up through the Nets and note that Richard Jefferson, part of the YES Network crew, was publicly critical of Irving’s decision.Among the unanswered questions: Did YES ask for an interview? Did Irving respond?

NetsDaily attempted to get comment from YES on the story but there was no immediate response.

Brooklyn heads to Indiana for a game on Friday after splitting the season series 1-1 earlier in the season. Coverage begins on YES Network at 8:00 p.m. EST.

For a different perspective of tonight’s game, head to Raptors HQ, our Raptors sister site. 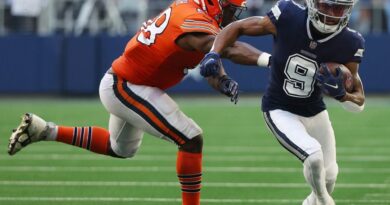