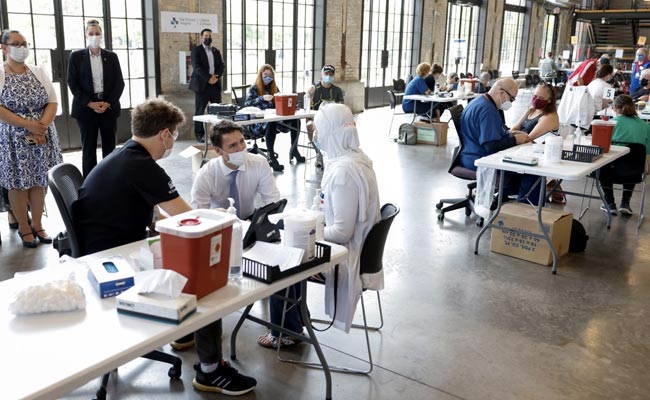 Canada’s Quebec province on Thursday announced a nighttime curfew ahead of New Year’s Eve celebrations as Covid cases across the country soar.

Quebec Premier Francois Legault said the 10 p.m. to 5 a.m. curfew would start on Friday, and that it was needed to slow a Covid-19 surge that is threatening to overwhelm local hospitals. He did not set an end date for the curfew.

“It’s an extreme measure for an extreme situation,” he told a news conference, pointing to a recent doubling of both hospitalizations and absenteeism of health care workers due to sickness.

Private parties in Quebec were also banned while restaurants and other venues were ordered closed.

British Columbia, meanwhile, has cancelled all New Year’s Eve festivities, permitting only meals at restaurants but “with no mingling or dancing allowed,” according to a statement.

Quebec had previously imposed a curfew from January to May to slow the spread Covid shortly after the discovery of the Delta variant.

A curfew of this scale had not been ordered in Canada since the Spanish flu outbreak a century ago, according to historians.

Earlier this week, Quebec decided to allow health care staff with Covid but who show no symptoms to continue working, fearing the collapse of patient care if thousands of doctors and nurses were instead forced to miss work because of the virus.

Canada has reported record numbers of Covid cases in recent days, doubling from last week to more than 30,000 new infections on Thursday, led by the Omicron variant.

But public health officials have warned of underreporting as testing capacity is overwhelmed.

(This story has not been edited by NDTV staff and is auto-generated from a syndicated feed.)