A UFO, a giant apocalyptic spider, a gargantuan Muskoka chair and Ontario’s famous Big Apple were among the super-sized behemoths who, in an epic showdown, lost to a massive brown and white bull.

No, this wasn’t a fever dream or a classic Kaiju movie, but the fight to award the crown of Ontario’s Greatest Roadside Attraction.

TVO held a vote asking the public to choose from 16 of the quirky roadside displays known to road-trippers across Ontario, where the 15-foot-tall fibreglass bull known as “Big Bruce” was crowned champion. 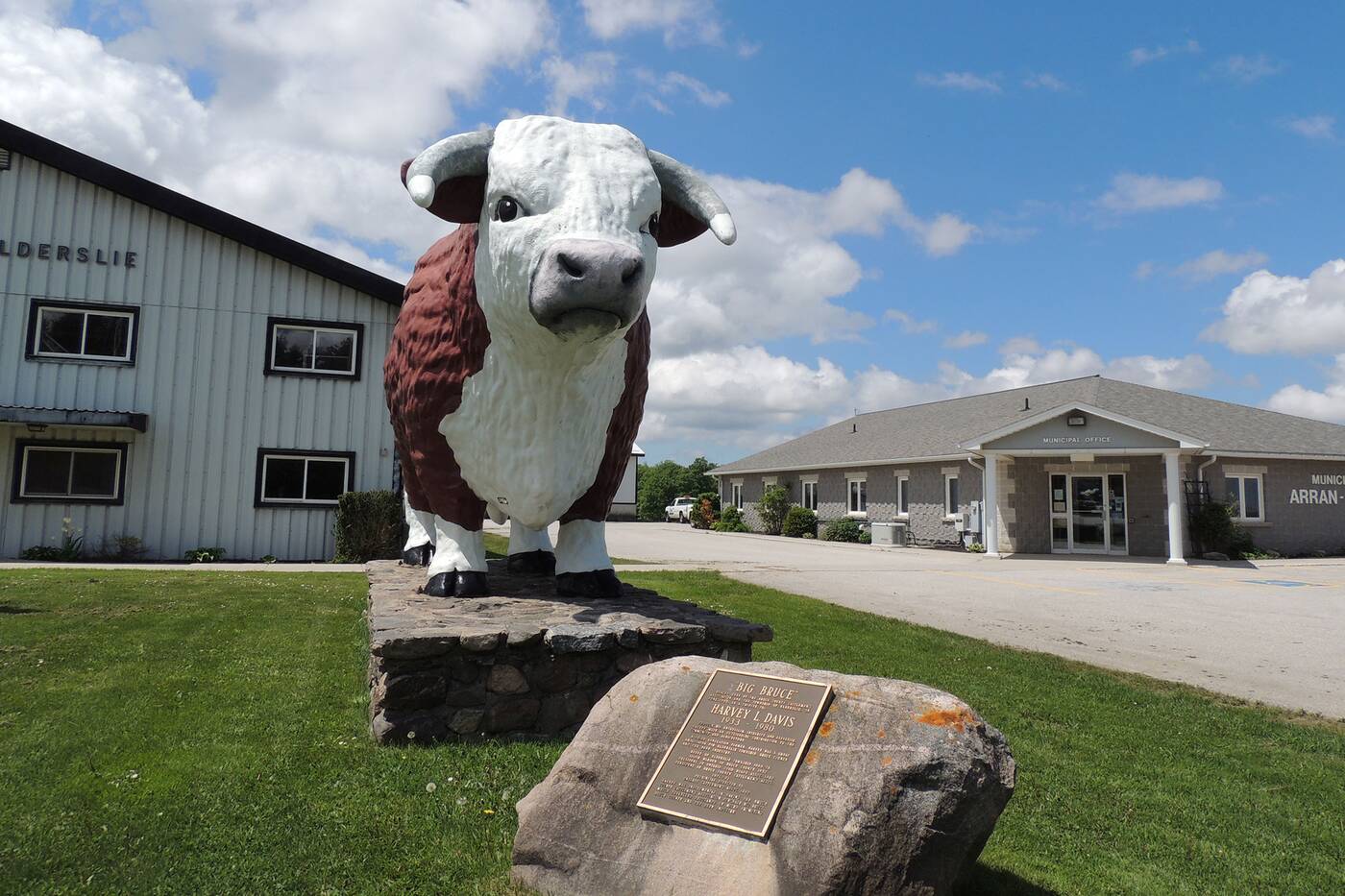 Big Bruce on display outside of the Township of Arran-Elderslie’s municipal building. Photo by Kevin M Klerks.

The enormous bovine specimen has been a Chesley, Ontario mainstay since 1980, attracting crowds outside of the Township of Arran-Elderslie’s municipal building throughout.

Big Bruce may be an Ontario roadside icon, but the local landmark is actually from the U.S. Discovered by Harvey Davis — father of current Arran-Elderslie Deputy Mayor Mark Davis — the elder Davis was on a trip to Wisconsin in the 1970s when he came across the spotted giant.

He intended to have the local cattlemen’s association purchase Big Bruce to use as a promo at the 1976 International Plowing Match, but the $3,000 asking price proved too steep at first. After some convincing, Big Bruce was bought and hauled all the way back to Ontario.

When the elder Davis passed away in 1980, Big Bruce was donated and given a permanent home in Chesley. 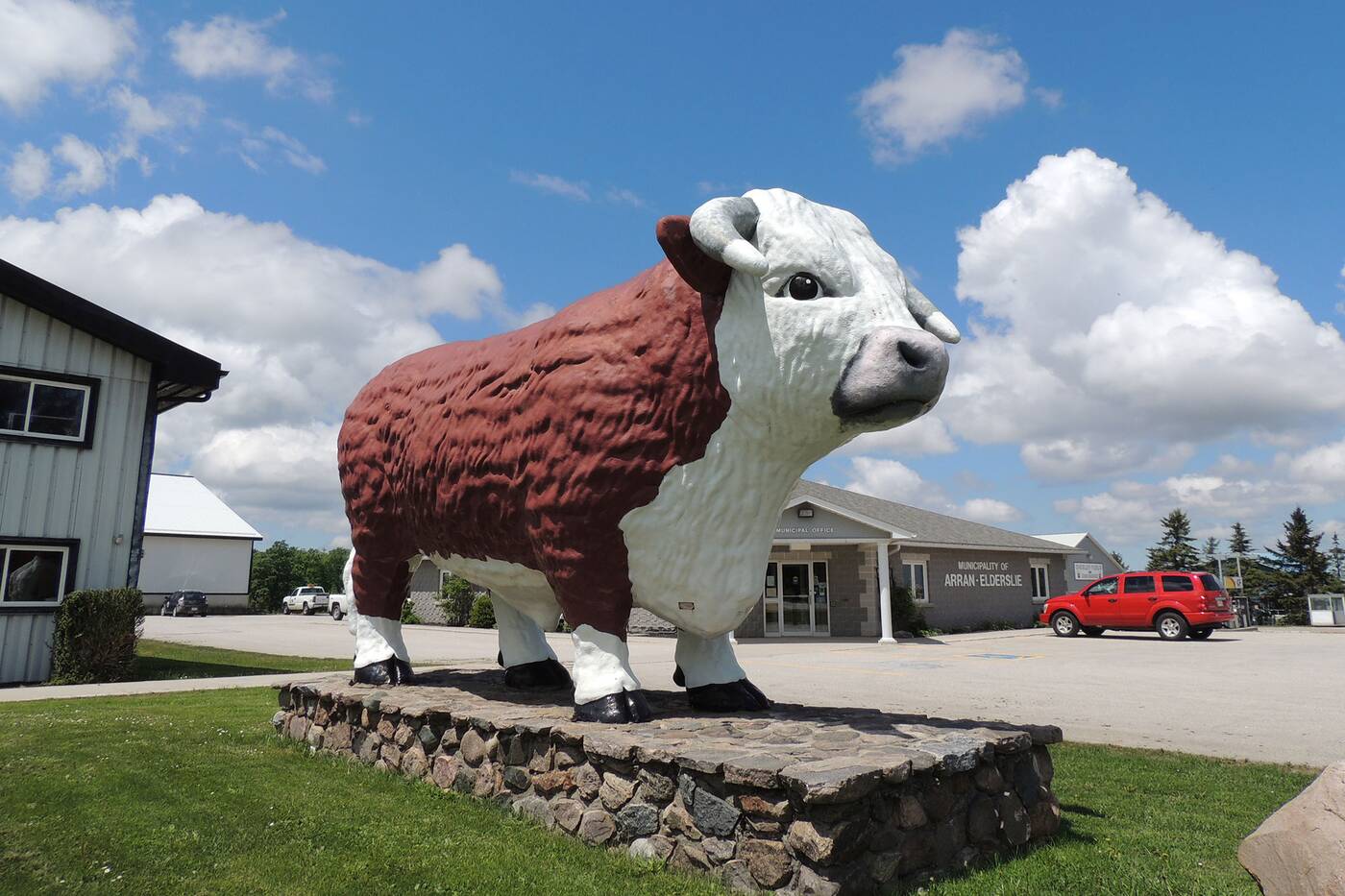 Big Bruce on display outside of the Township of Arran-Elderslie’s municipal building. Photo by Kevin M Klerks.

Steve Hammell, Mayor of Arran-Elderslie and Bruce County Councillor, tells blogTO, “This is super positive for our community, and is bringing us a lot of attention to. Big Bruce is very memorable, and he brings lots of smiles to all generations of families who come and visit. It’s very common to see vehicles pulled over, and families getting a picture with him.”

Big Bruce is more than just a roadside attraction, but also a window into the community’s past and future.

“He represents the historic past of the cattle industry in our area and helps inspire conversations about yesterdays and modern agricultural practices too,” says Hammell.

“We’re a smaller community and this has really left a positive mark at a negative time in history. There are celebrations in the works but we haven’t been able to announce them yet.”

“We’re really pleased that almost 1,000 people voted for him in the final round,” Hammell says. “We expect more people will be coming out to Chesley to see Big Bruce.”