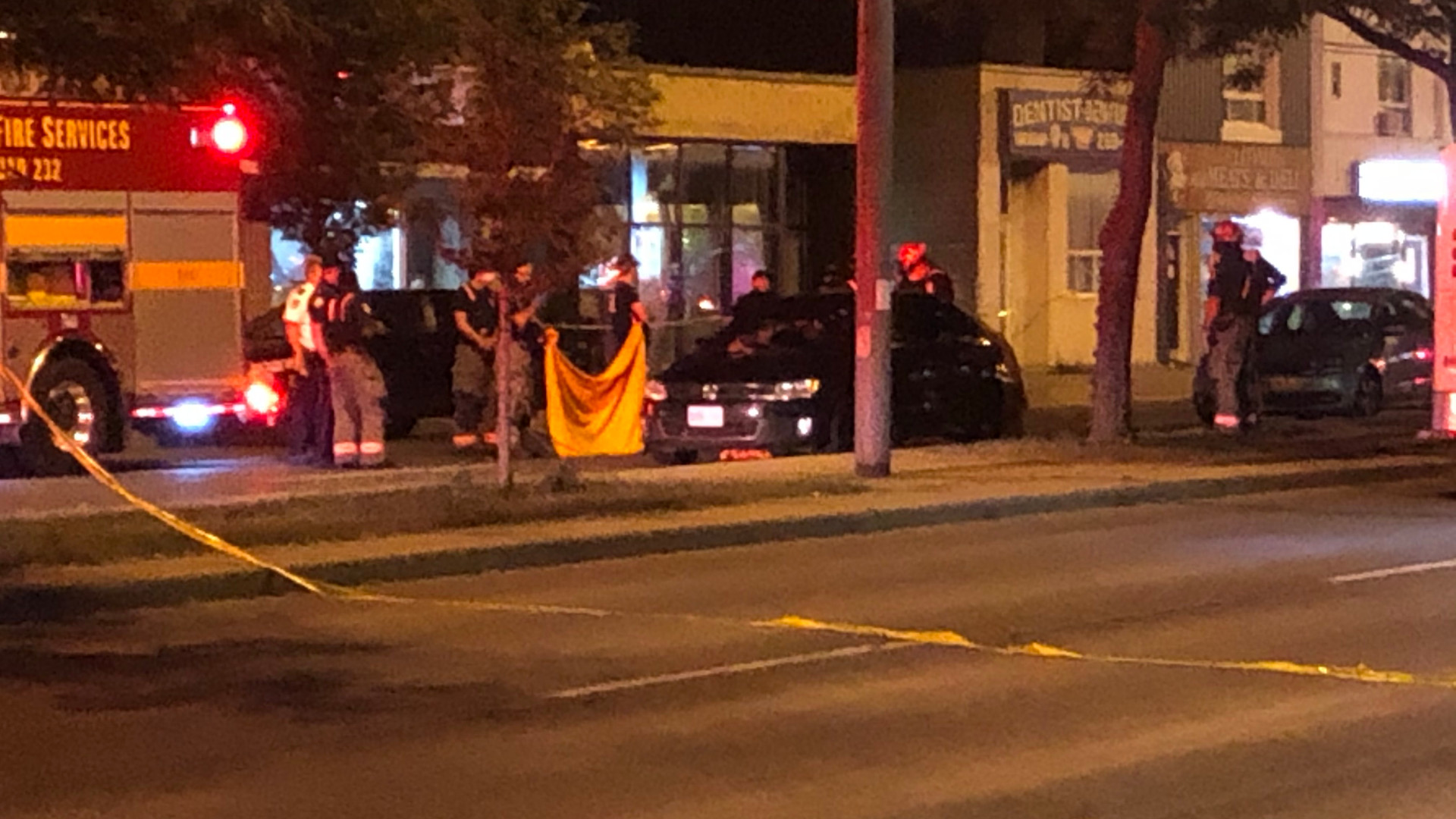 A man in his 60s was struck and killed by a driver in Scarborough. CITYNEWS/Rick Helinski

A man is dead after being struck by a driver in the city’s east end.

Police say they were called to the area of Midland Avenue and Kingston Road just after 9 p.m. following reports a car had struck a pedestrian.

When they arrived they found a man trapped under the car suffering from life-threatening injuries. He was later pronounced dead at the scene.