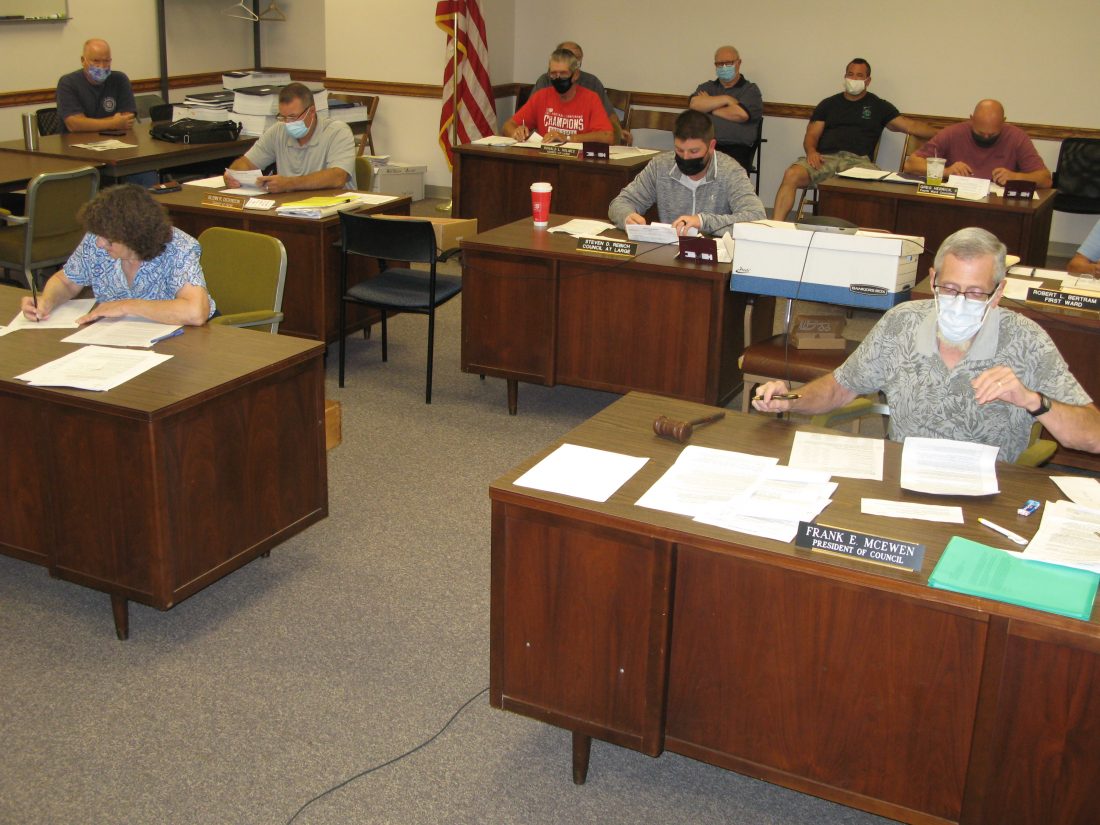 The rate hikes are pending approval of a third and final rate increase by council at its Oct. 25 meeting.

City officials have said revenue for the three departments hasn’t kept up with rising costs to run them, with the water department currently at a $125,000 deficit.

Heads of those departments have cited upcoming projects and needs, including the federally mandated replacement of old lead water lines and separation of combined sewer and stormwater lines leading to the Ohio River.

They also are anticipating replacement of the city’s garbage truck, a 2003 model. At an estimated cost of $156,000.

While moving forward with the rate increases, city officials also are eyeing $351,342 in federal pandemic relief funds coming to the city and seeking grants and loans to offset the projects’ costs.

In other business, council approved an ordinance updating its table of organization following the efforts of its newly formed personnel committee, City Attorney Craig Allen and others to update code detailing the responsibilities and duties of various city positions.

The changes included tasks done in recent years by a police dispatcher who also performs some secretarial functions and dropping the residency requirement for the city’s summer help.

Council President Frank McEwen said the latter was prompted by the difficulty in securing sufficient certified lifeguards from within the city only.

Councilman at large Steve Rebich said the recreation board comprised of city officials and school board representatives will meet at 6 p.m. today at the Karaffa Recreation Center to discuss the future of the Roosevelt Center.

The former school gym served as the city’s recreation center until the former Karafffa Elementary School was transferred to the city by the school board in 2019.

Members also agreed to formally express sympathy to the family of the late Larry Coppa Jr., a former 4th Ward councilman and city services director, who died on Aug. 31 at the age of 76.

(Scott can be contacted at wscott@heraldstaronline.com.)

Digital ID is coming to Canada, bringing with it a host of questions and even some concerns from privacy advocates.