A witness in the trial of a Burlington commune leader facing human trafficking and assault charges told the court Friday (Feb. 25) that he never saw the defendant — Mohan “Jarry” Ahlowalia — use physical force on the alleged female victim.

In previous testimonies, the woman, whose identity is protected by a publication ban, alleged she was abused and exploited while living as part of the commune from 2004 to 2019.

On Friday, defence witness Philippe St-Cyr,  who is Ahlowalia’s son-in-law, testified in a Burlington court that there were times when Ahlowalia would yell and use profanity toward the woman when she didn’t do tasks a certain way.

“If the person has done (something) wrong a number of times, regardless of who it was, that person would then be in for a little bit of verbal abuse — if you will,” he said.

But he never witnessed Ahlowalia use physical force on the woman, he said.

St-Cyr moved into the Ahlowalia residence in Mount Nemo in 2008. During his testimony, he painted a picture of a “unique” living environment where different families live together, with martial arts being an important part of the household.

He said many household members were essentially students of martial arts — taught by Ahlowalia — that became friends and family, him included.

He said the woman showed interest in learning about some martial arts techniques, recalling instances when she asked Ahlowalia to teach her or to show her how to do things.

The court heard that sometimes people get hurt in the course of learning the disciplines.

When asked before by defence attorney Jeffrey Manishen about observing particular injuries to the woman, he said he remembered seeing her with an eye bandage in the early years of living there, but didn’t recall seeing her with a swollen lip.

The witness said that Ahlowalia also taught the concept of self-discipline, which included the idea of standing outside in the cold.

“People have done that. I’ve done it,” he said.

The witness said that Ahlowalia never specifically asked the woman to go outside in the cold for a period of time or to walk around the house outside in winter without shoes.

When it comes to the woman’s involvement in the group’s co-packing business from around 2012 to 2015, the witness said “any involvement she would have had would have been extremely minimal.”

Similarly, he disputed the claim that she had put in long hours — from early in the morning till late at night — working at the family’s tea packaging business, which began around 2016.

Around the house, he said the woman helped with cleaning and cooking, and general maintenance on the property.

In terms of Ahlowalia’s interaction with the woman’s family, he said there were multiple discussions over the years about them potentially moving out, with one instance being triggered by a disagreement between Ahlowalia and the woman’s husband.

But he said he didn’t see “a whole lot of disagreement” between Ahlowalia and the woman.

Ahlowalia, who is facing 30 charges — including human trafficking, assault, and a number of firearm-related offences — has pleaded not guilty to all charges laid against him. 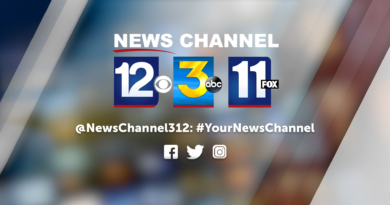