If, like everyone else, you want to get out and travel this summer after years of not really being able to do so, New York City is probably on your list of nearby destinations that are perfect for a weekend getaway.

With an endless amount of things to see and do in the massive metropolis, the flight time of just over an hour is more than worth it — that was, until airports like Toronto’s Pearson became overwhelmingly jam-packed due to a giant spike in demand and a badly-timed shortfall of airport and airline staff.

But if you’re looking to an alternative to often pricey, overly frustrating air travel, there’s always the option of taking a bus, a train or driving yourself, the latter of which is also not the most preferable option given the current cost of gas.

Thankfully, there are a slew of new bus options for travellers looking to visit the big apple on the cheap, including a recent addition from Trailways, which has some super low fare options.

Passengers can hop on a bus right to Manhattan — no cab from the airport necessary — for in the low $70s USD per direction this summer depending on the date and time, with a student discount available as well. 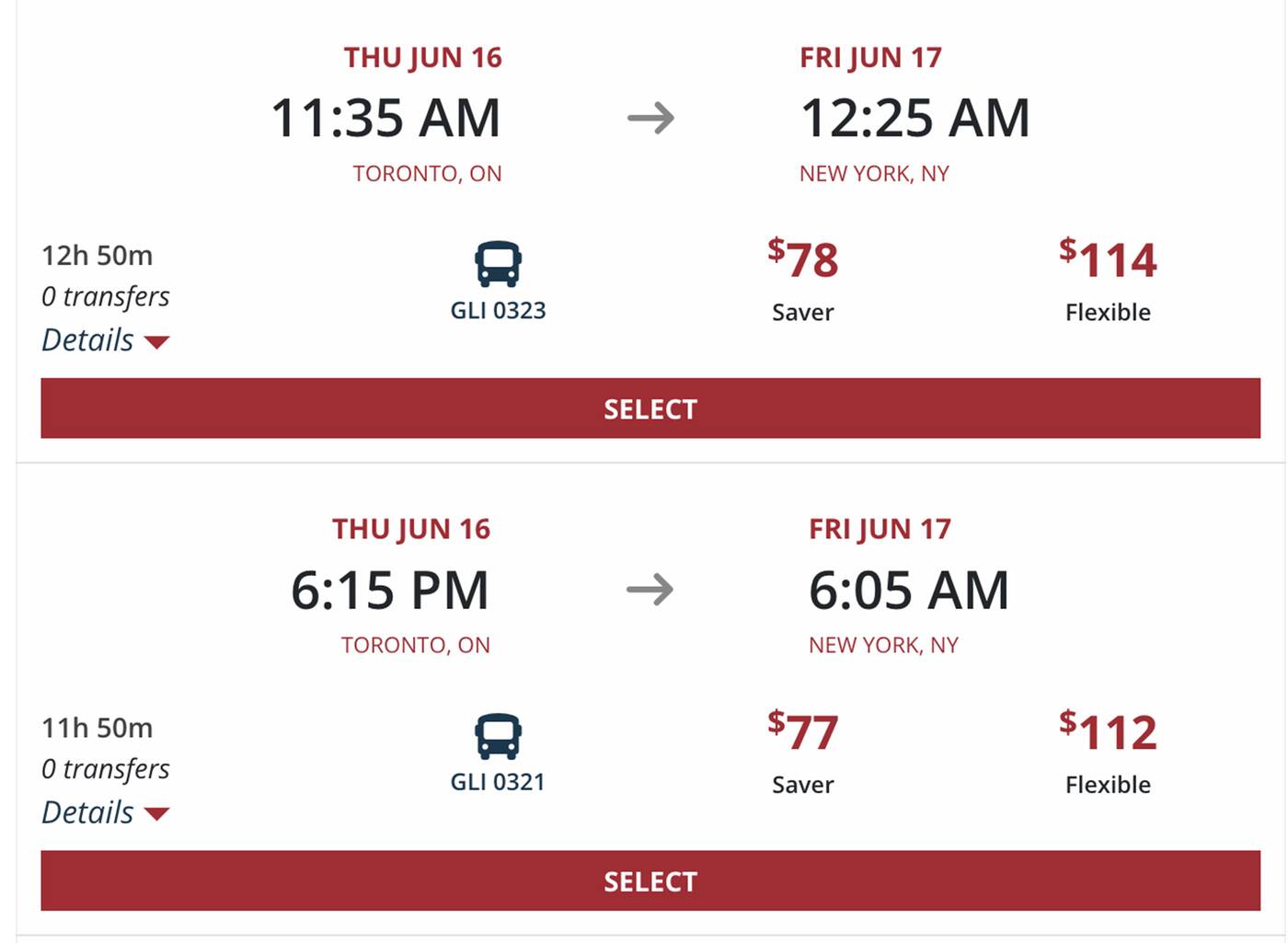 Trips in June and July range from aound $71-$87 USD per direction for a non-refundable (but changeable for a fee) ticket.

Though the ride isn’t short — upwards of 12 hours — the trip comes with wifi, power outlets, washrooms, A/C, reclining seats and all the standard amenities of a flight.

Many of the bookings are also overnight, which can be considered a drag for some people but are ideal in a way because it means that if you catch some shut-eye, you can wake up at your destination in what feels like less time, and not waste a day in transit.

And if you haven’t heard of the transportation company, they’re nearly as old as Greyhound, and are among the coach lines offering alternatives for the routes lost when Greyhound Canada recently shuttered.

They’re pitching these fares as ideal for events like the NYC Pride Parade, the Tribeca Film Festival and NY Fashion Week in the fall.

Other locales you can get to on a budget from T.O. this summer include Montreal, Niagara Falls, and a handful of U.S. cities through ultra low-cost carriers if you’re willing to brave the airport and have a little more to spend.

WestJet to start new Dublin to Toronto service from May – RTE.ie

What did young voters get out of the 2021 election? That our leaders need to work together – Toronto Star