You know a home is gonna be fancy when their garage doesn’t just have concrete floors and this Rosedale home is very fancy. 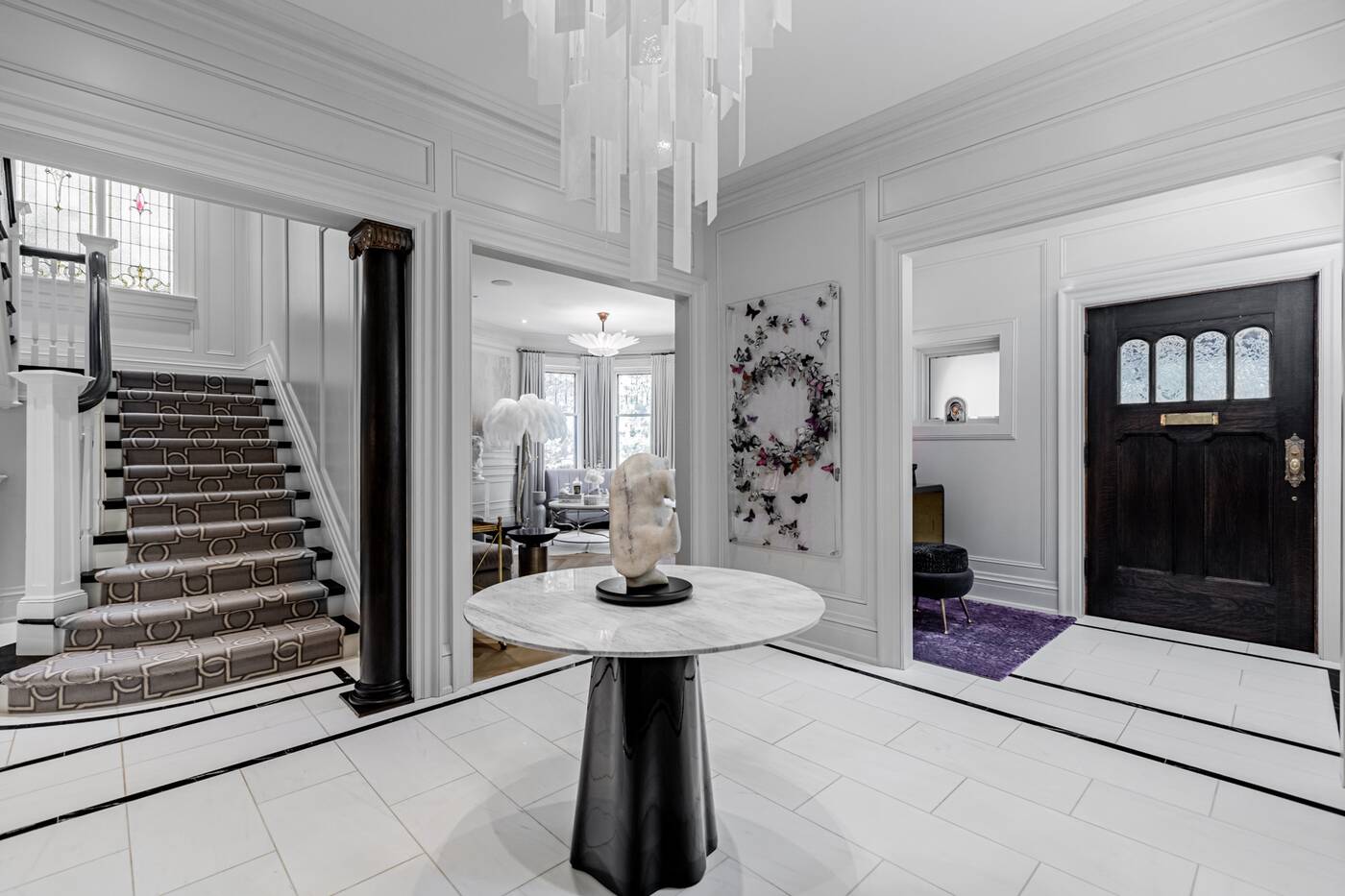 The foyer with heated marble floors.

181 Crescent Road is a century home that was built by Toronto architects Henry Bauld Gordon and Grant Helliwell back in 1902. 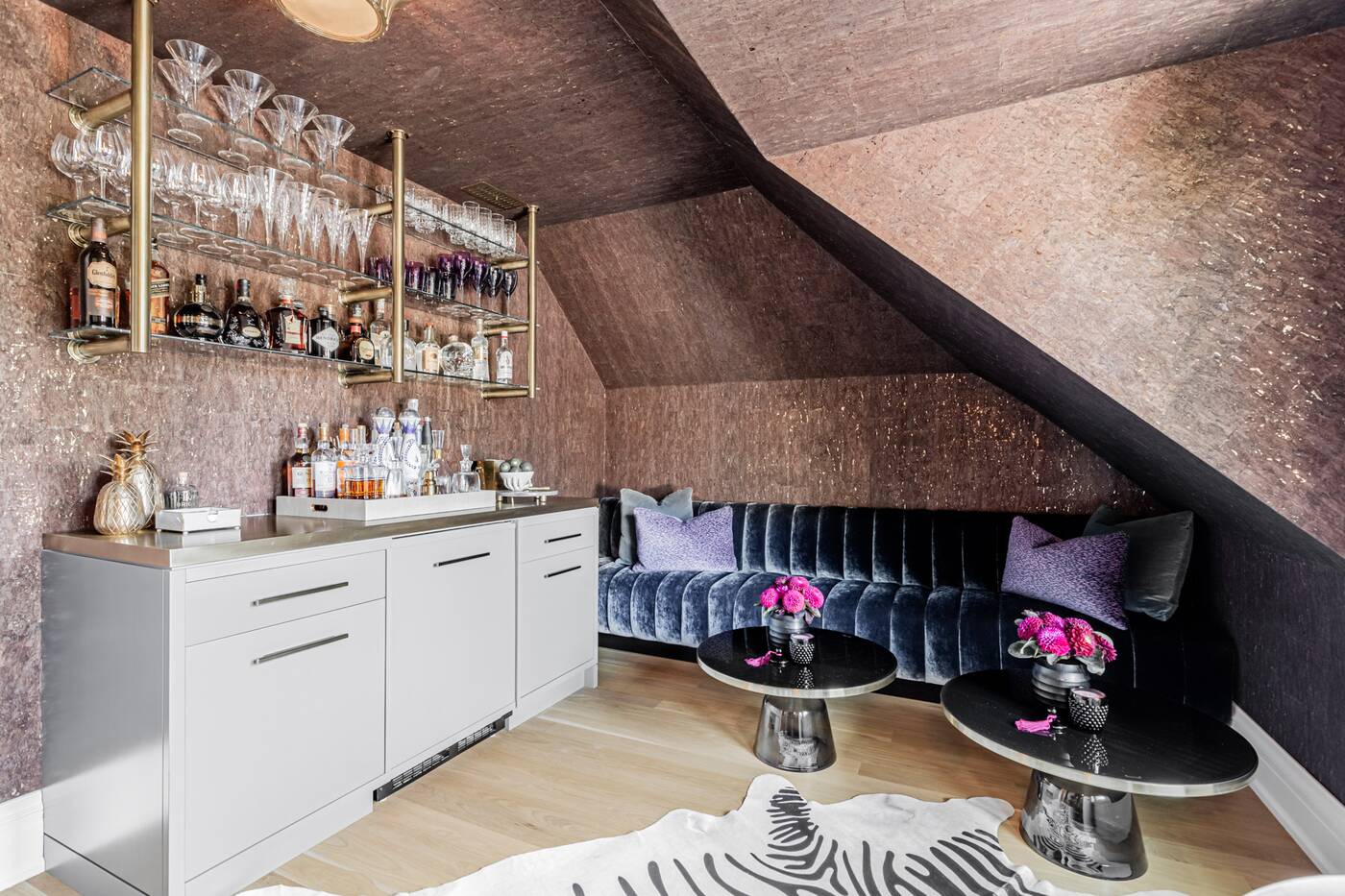 A bar nook that walks-out onto a patio overlooking the city. This could also be turned back into a bedroom.

In 2014, the home was completely remodeled. 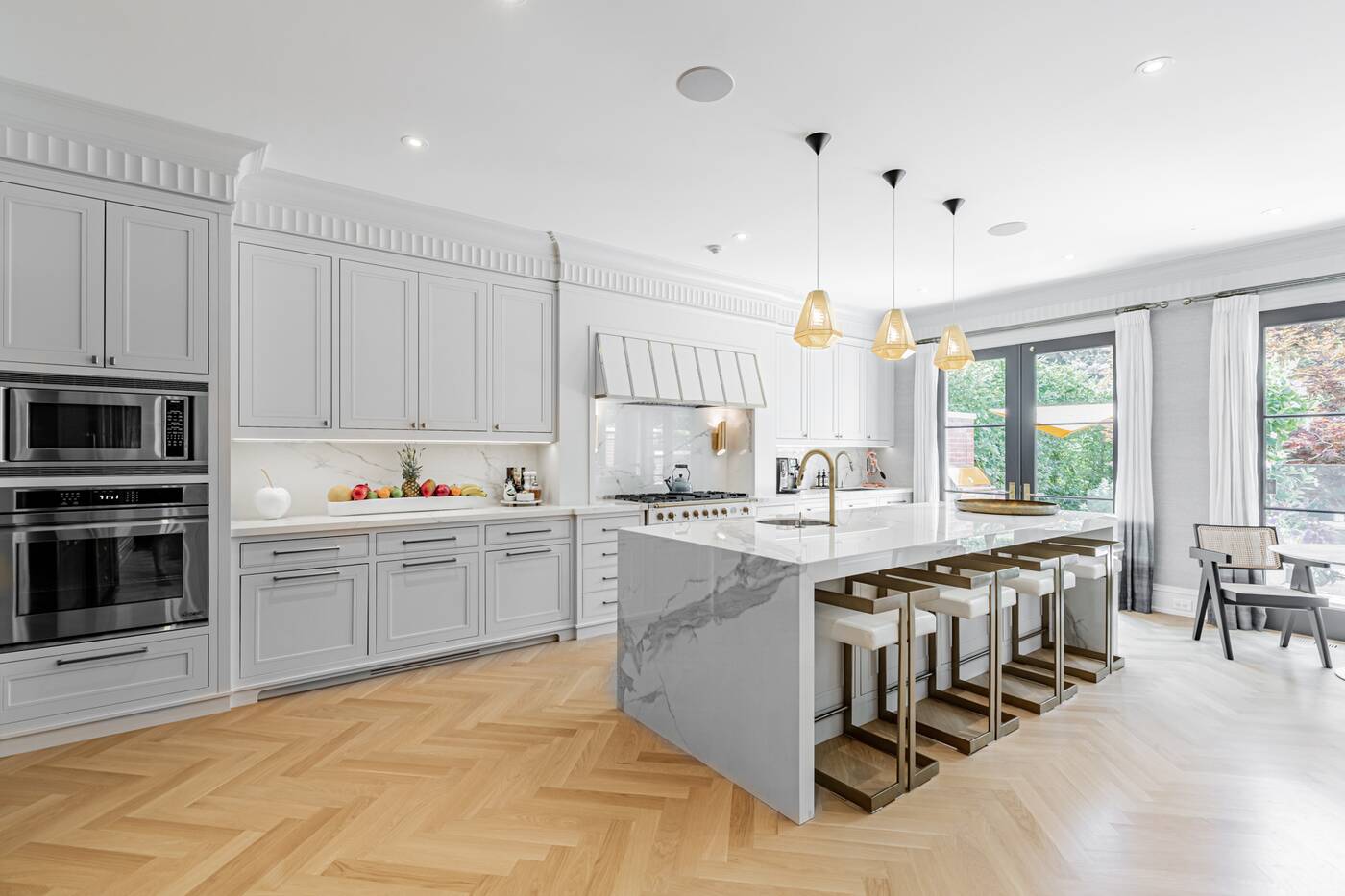 The kitchen with a waterfall island and chef-grade appliances.

They knocked out walls, lowered the basement, added in heated marble floors and giant custom doors. 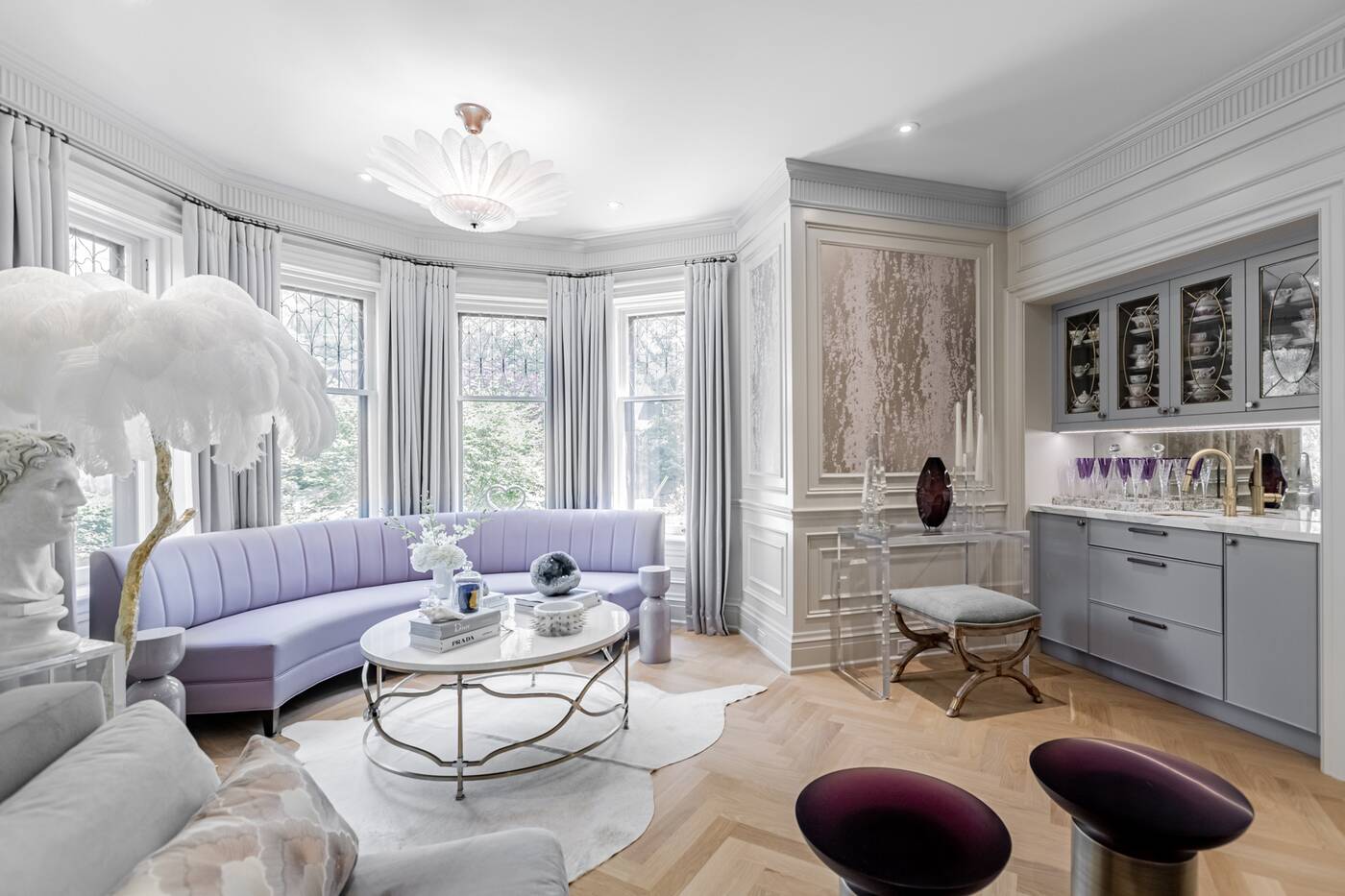 They even had wallpaper imported from France and England, according to a profile on the home from 2016. 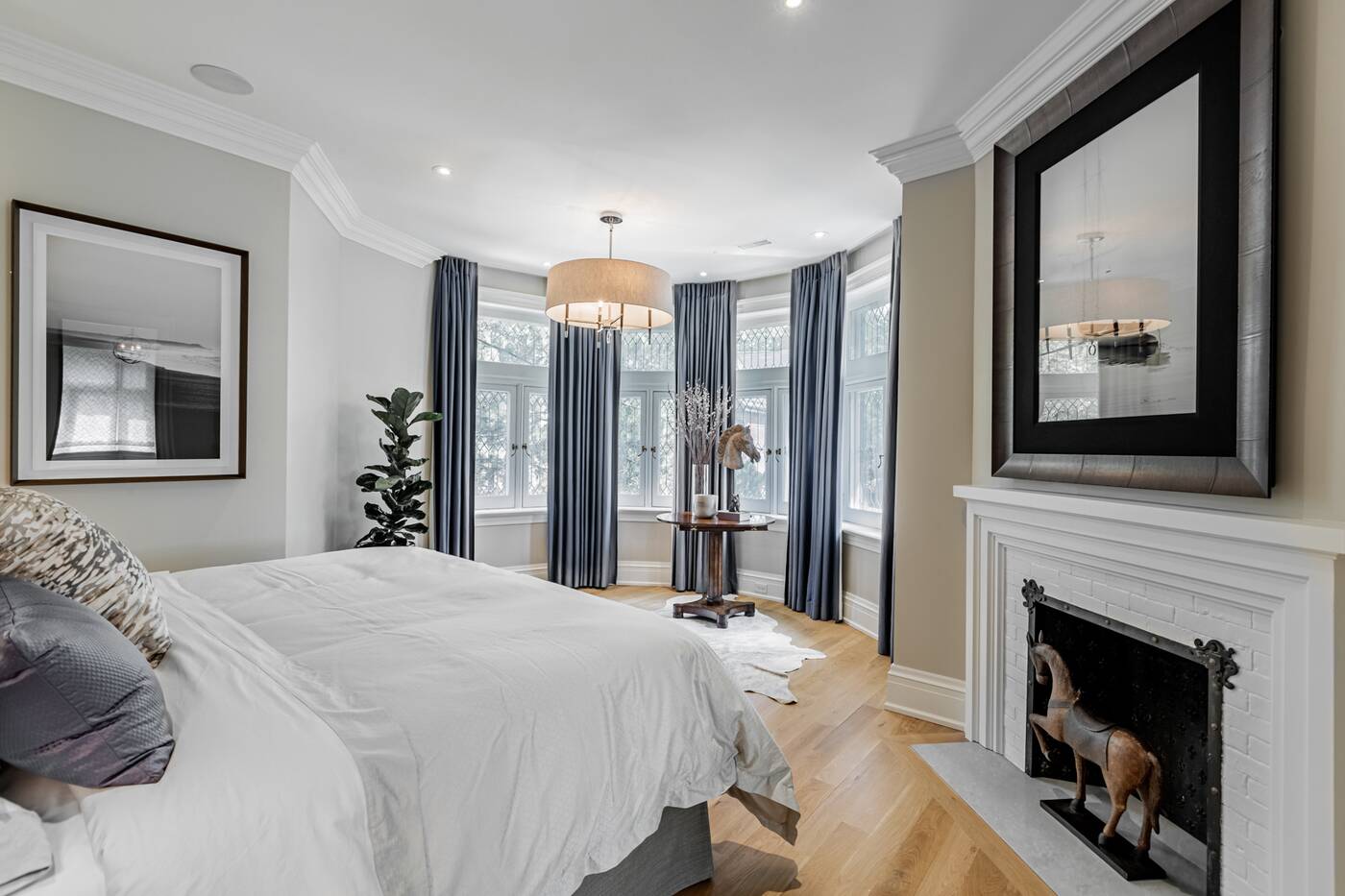 A bedroom in the turret. 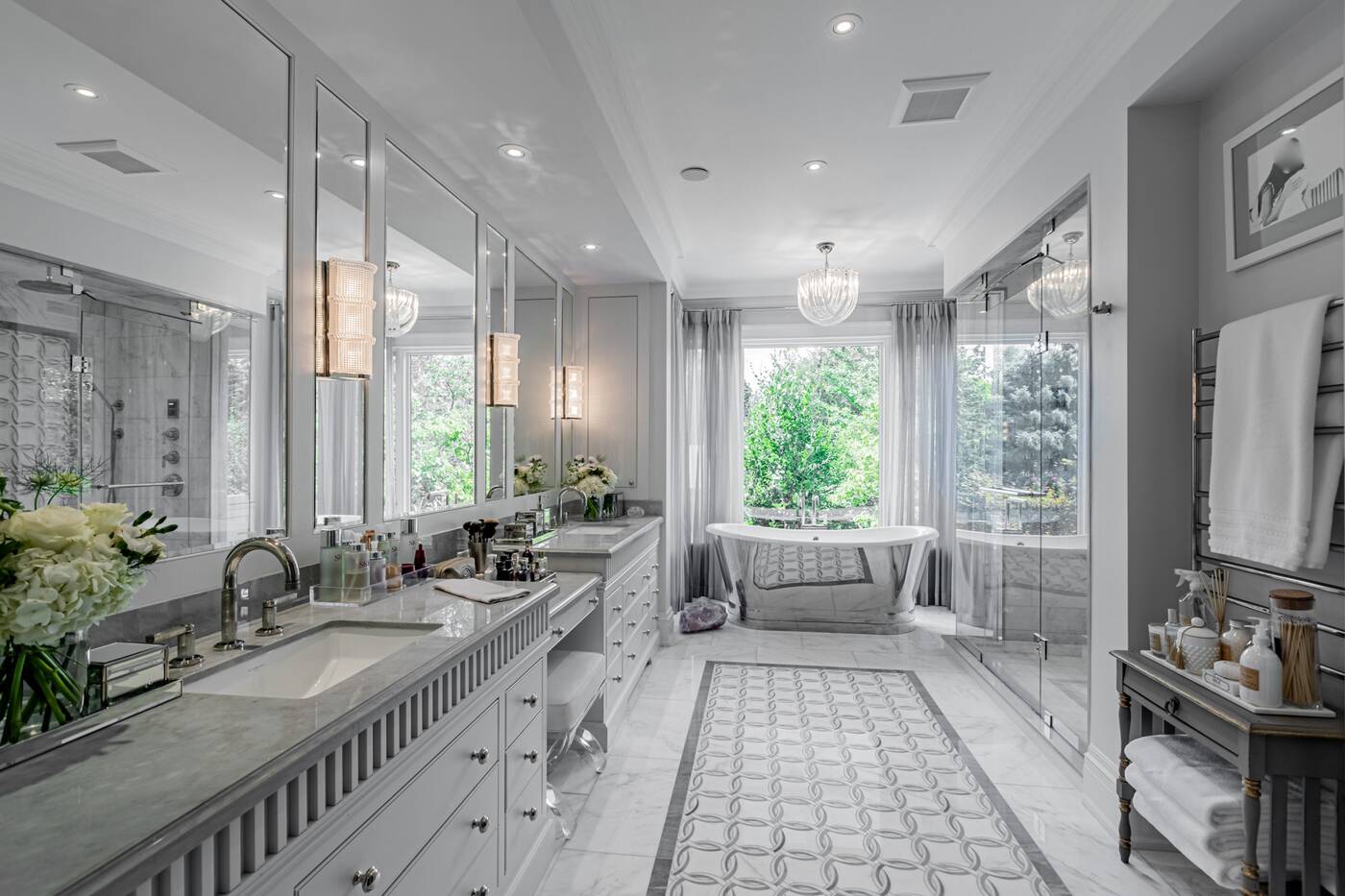 The interior of the seven-bedroom, seven-bathroom home has remained relatively unchanged from the 2016 renovation. 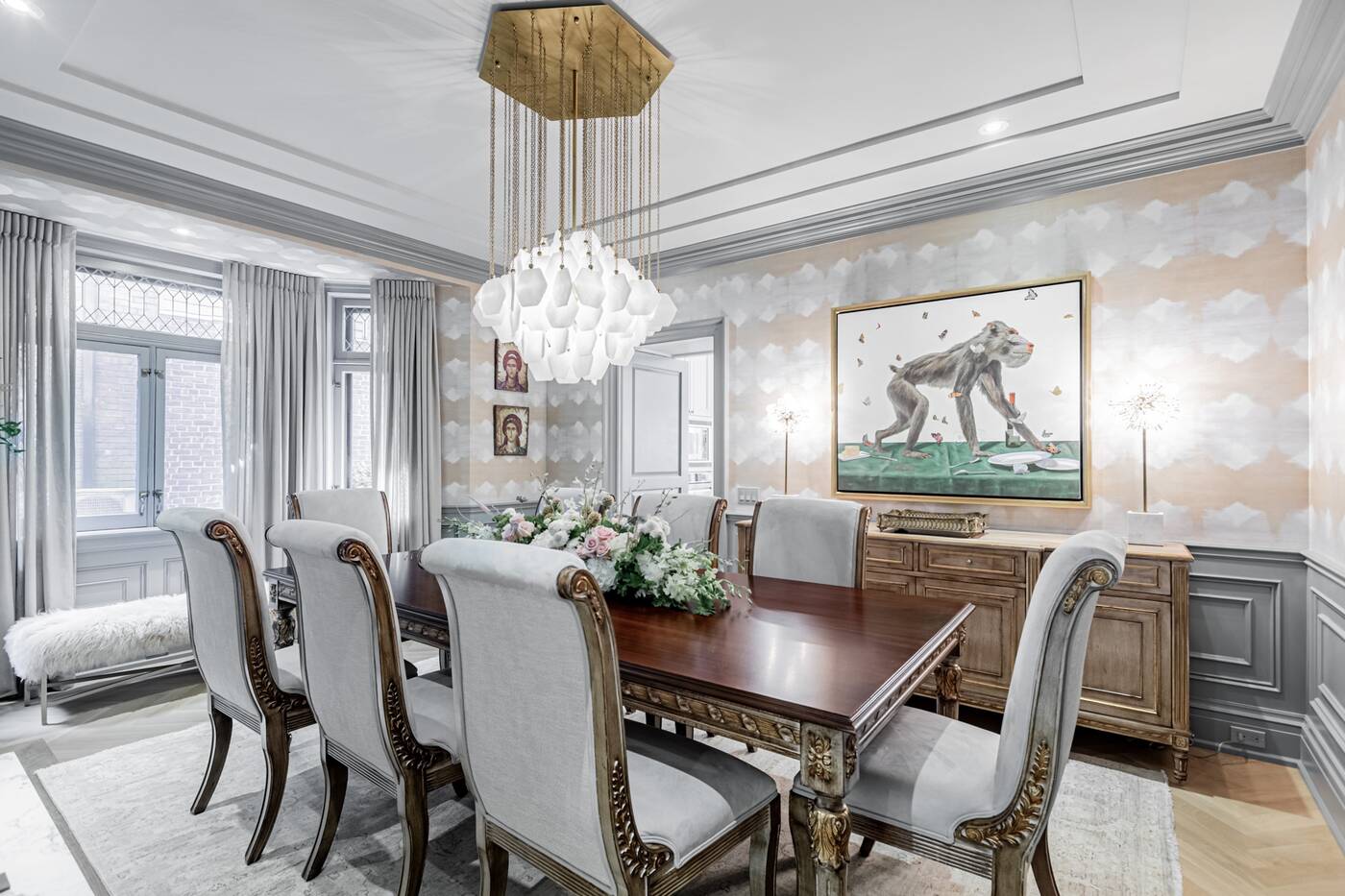 It’s bright, airy and has touches of the original home’s character throughout. 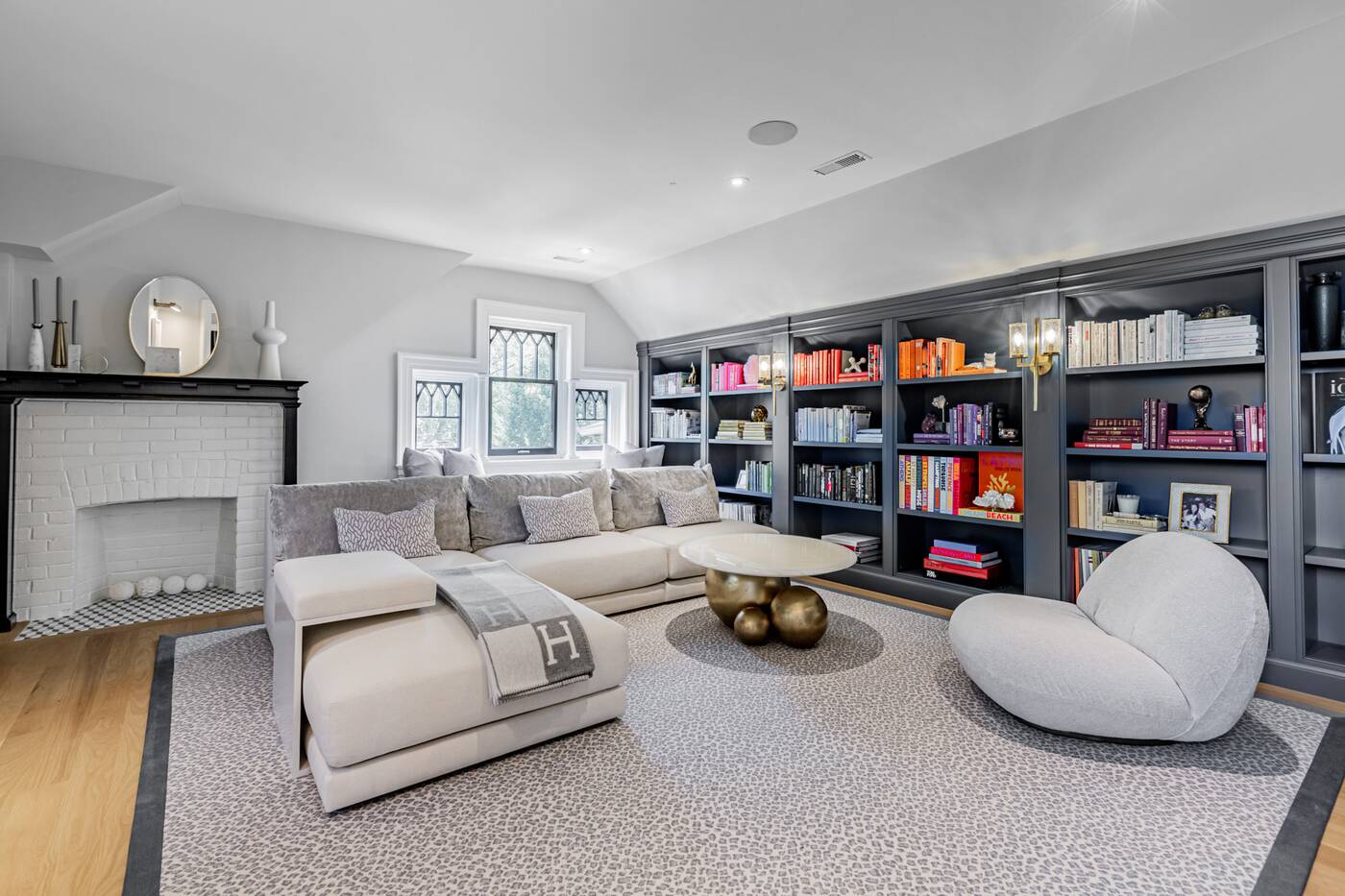 You’ll notice things like the panelled walls, crown mouldings, and the stained and leaded windows. 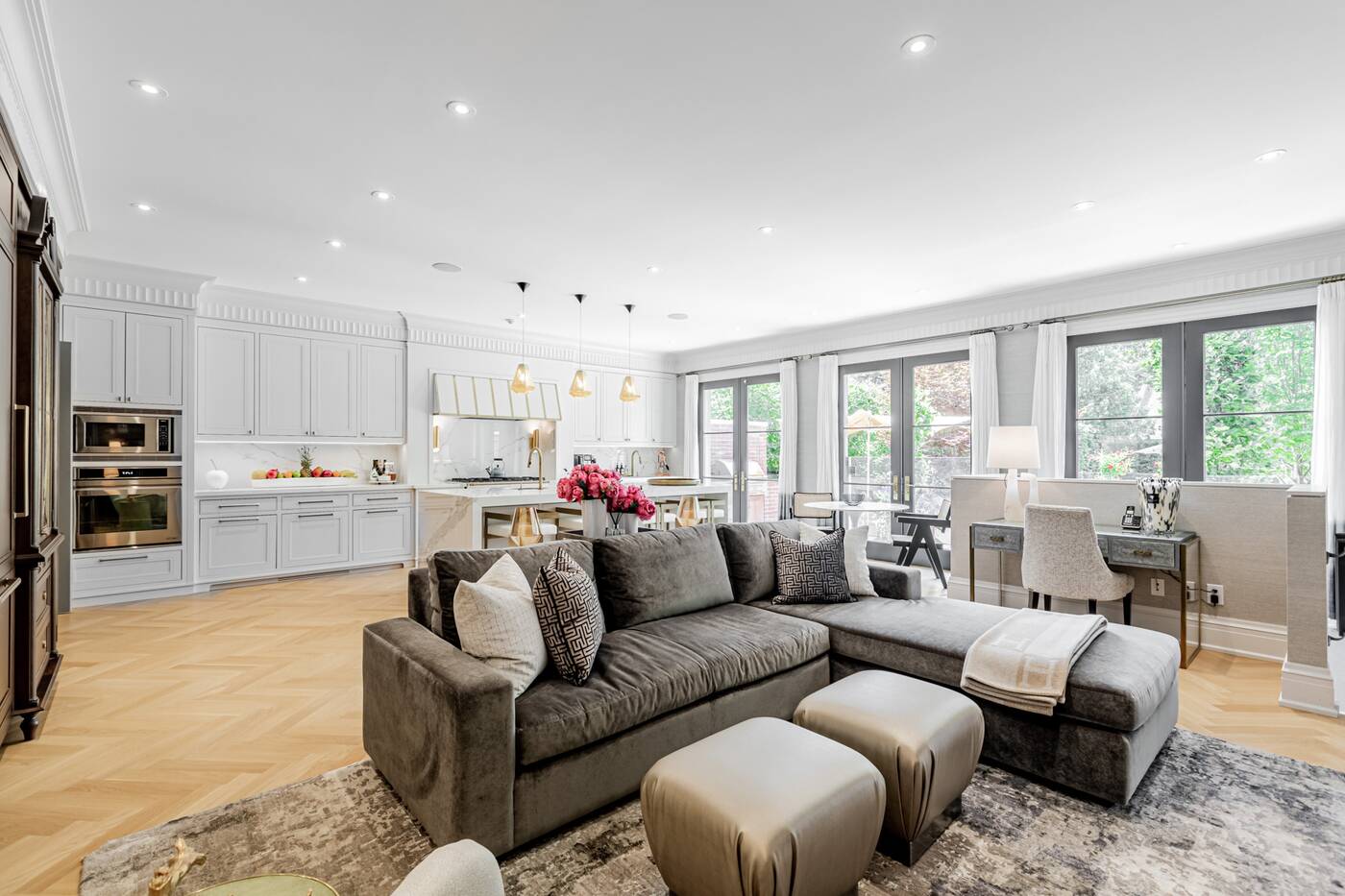 The family room and kitchen combine to create one large space.

The kitchen is perfect for entertaining with the open concept layout with the family room. 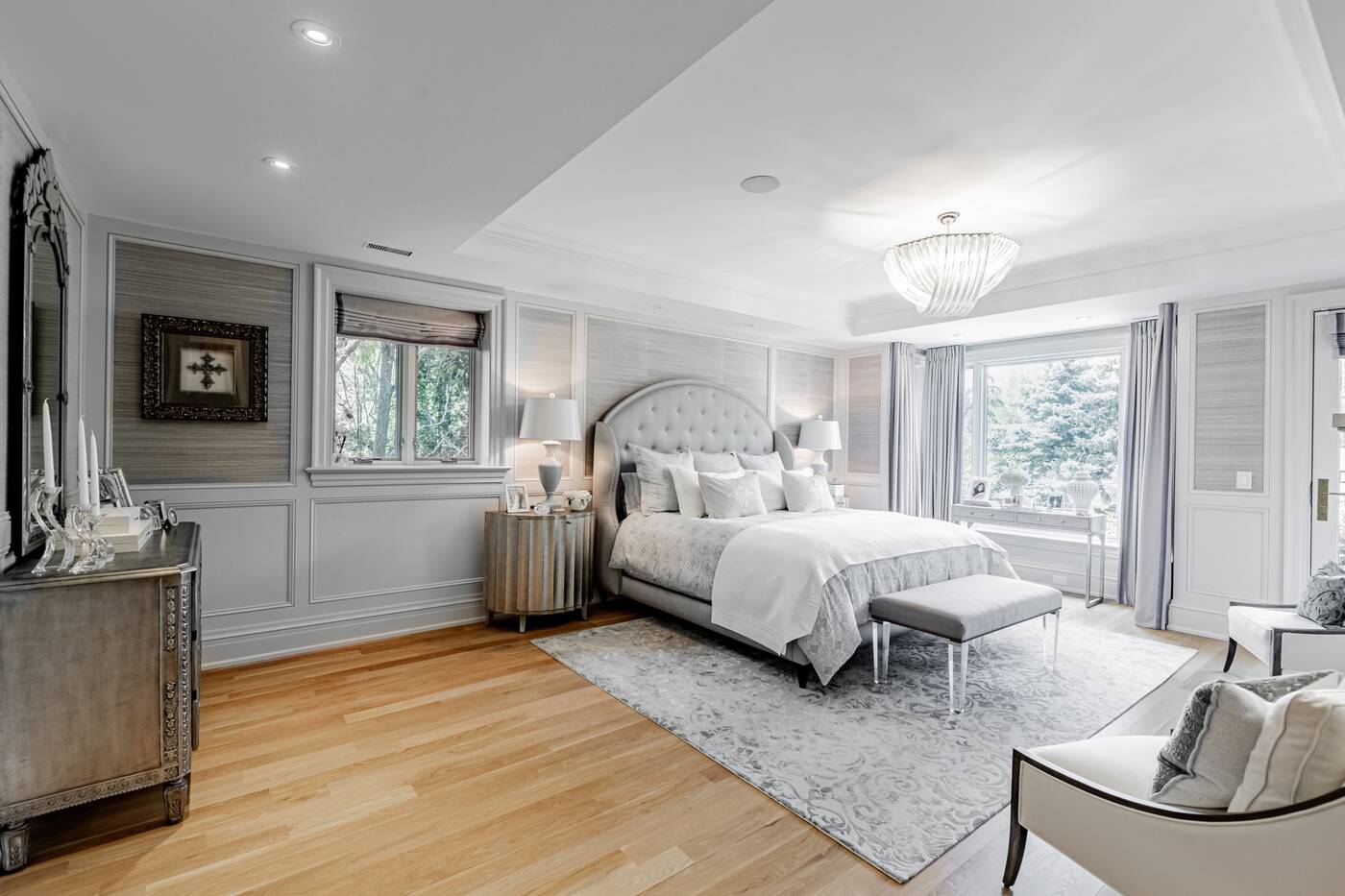 The bedrooms are spacious and the lower level has all the essentials for a home of this stature including, a media room, wine cellar and home gym. 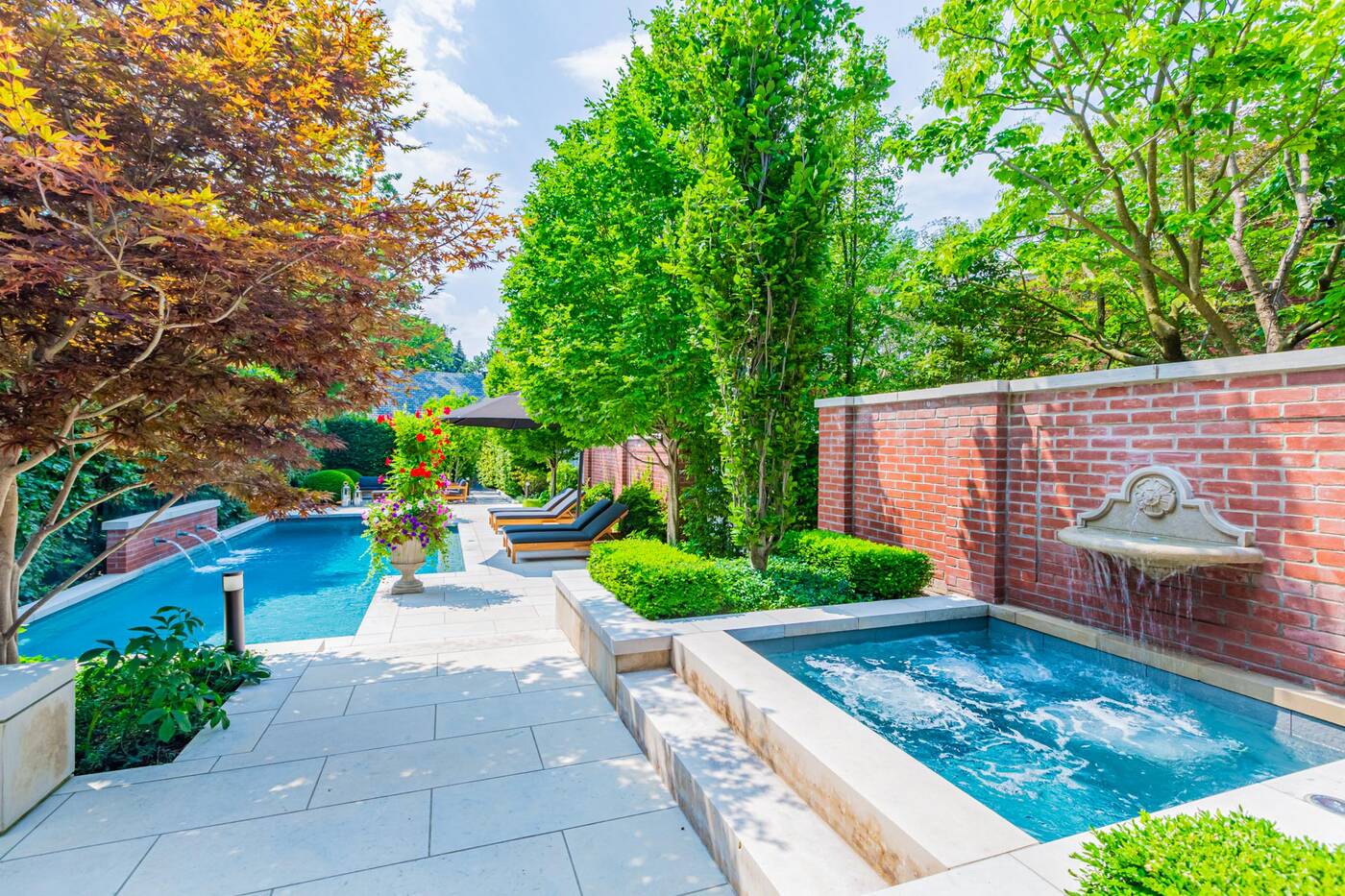 But if you were wondering how a house goes up $5 million in just five years well it might have a little to do with the backyard, which has undergone a transformation and a half. 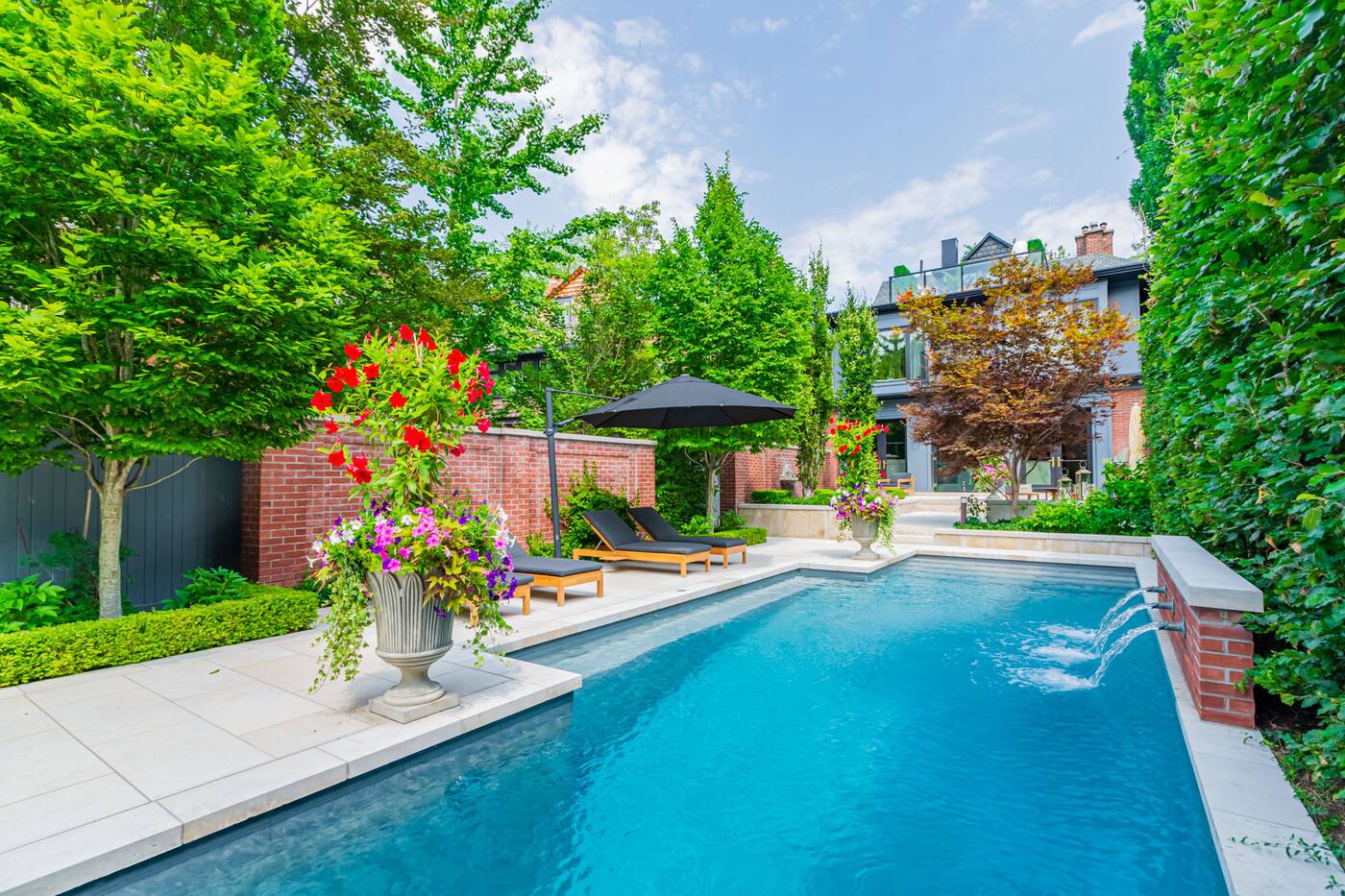 According to the listing, the current owners added a $1 million Ron Holbrook garden, pool, waterfall and hot tub to create a sumptuous oasis in the city. 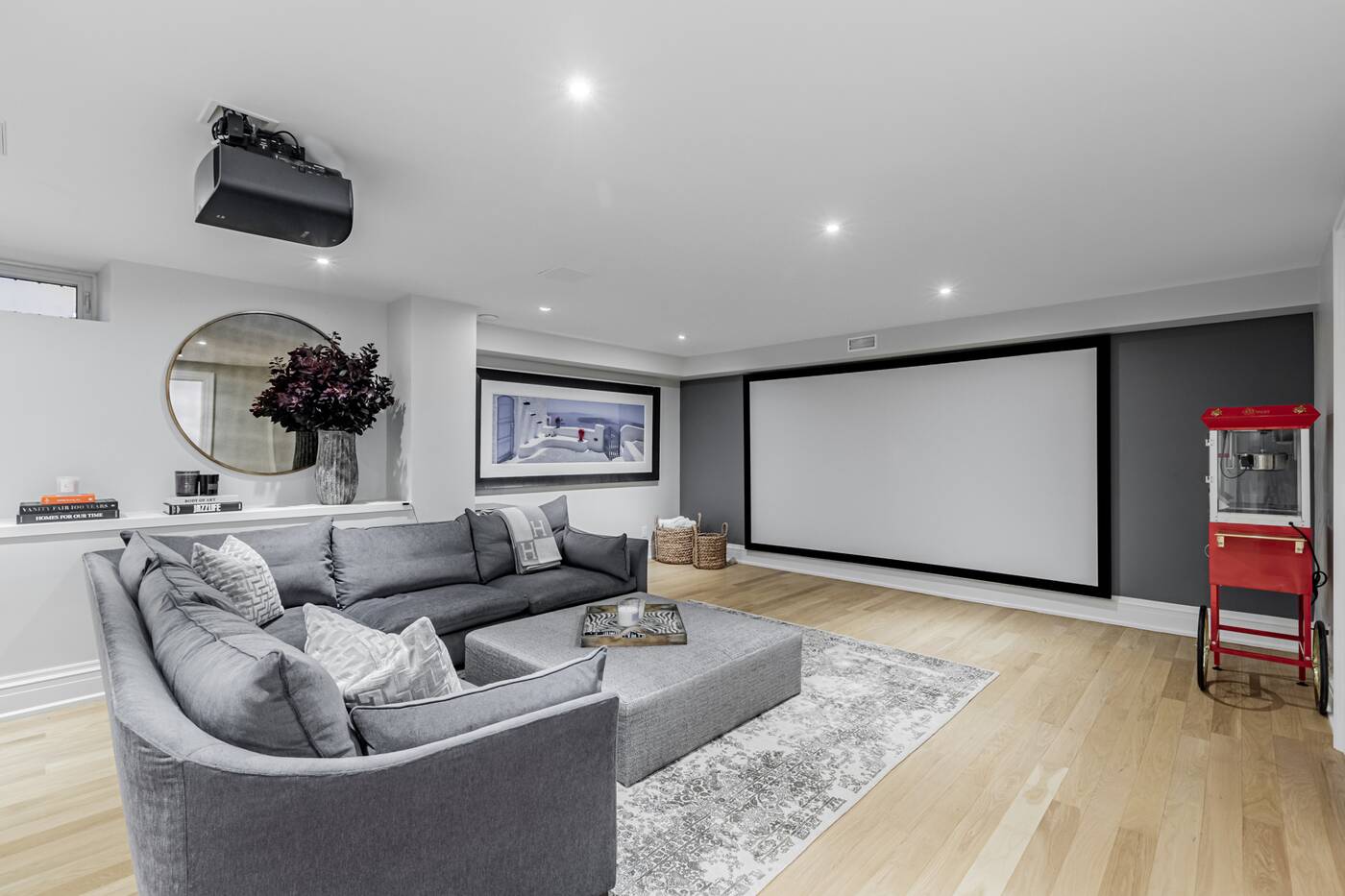 This home was already stunning back in 2016 but now it’s definitely worthy of the “Rosedale trophy” title. 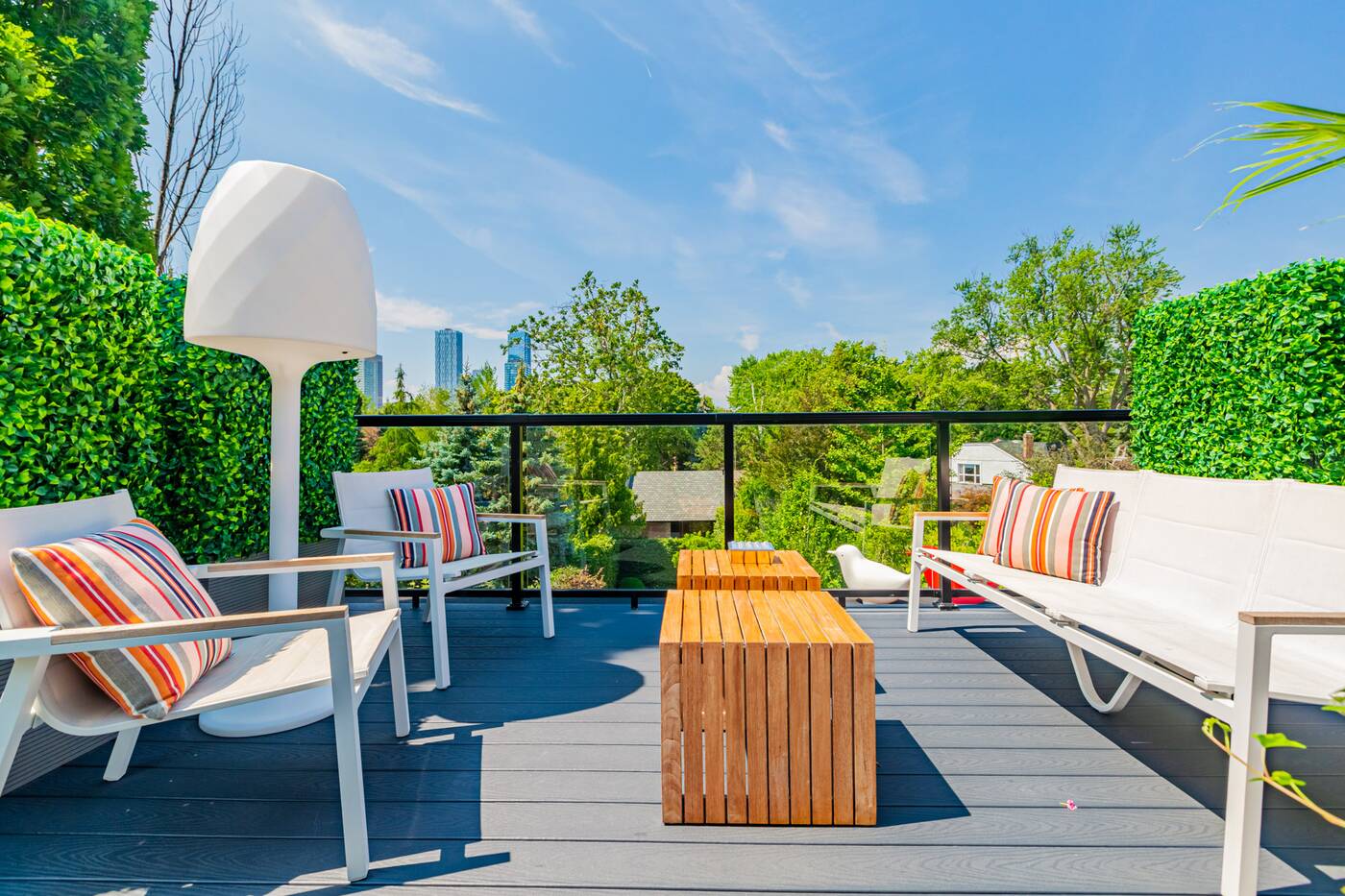 The patio off the third floor that looks out over the city.