KANSAS — One can make a day trip to Sandusky County, however, for the Toronto football team, this trip is all business.

Toronto is making the more than three-hour trip, not to visit Cedar Point, but to play a football game against Lakota.

Toronto head coach Josh Franke said his team made too many mistakes against Buckeye Local (1-3).

“We just came out flat,” he said. “That is something as a young team we are going to have to learn how to play on the road. It is not an issue when we play at home, but for some reason it is for away games. We just get off to slow starts.

“It was self-inflicted. We shot ourselves in the foot. We have a young team, and we are going to have to correct our mistakes. On one possession, we had the ball at their 4, and we ended up punting on that possession. You are not going to win games when you do things like that. We gave that one away.

“We got down early, and we tried to come back. One thing would happen and then another. We were down by seven at one point, and we threw a pick-6. It was the right read by the quarterback, but our receivers messed up their routes. Things like that will kill you. We will learn from that. We have a young team. We are going to push forward.

Toronto was originally scheduled to play Southington Chalker this week, however, the Wildcats informed the Red Knights during the summer that they did not think they were going to be able to field a team this season.

“Southington Chalker thankfully reached out to us in June,” Franke said. “They told us they did not expect to have a team this season. They told us if we wanted to look for another team to play this week they would understand. We appreciate that. Thankfully, Lakota had a team drop off its schedule as well, and we were able to work something out.

“We are a Division VII team, but they are Division V. Our schedule was already loaded, and now we are playing another Division V school. We found out in June, so we had to do what we had to do. We had some time to find a game, but it was not a lot of time.”

The Red Knights also had to make a change to their schedule once the season started as Wellsville had to cancel its season-opening trip down to the Gem City due to the Tigers having issues with COVID.

Both of the Red Knights’ wins have come at home, while both of their losses have come away from Clarke Hinkle Field. Toronto defeated Orange, 33-20, in Week 1 and Lisbon, 41-26, in Week 3, while the team’s first loss came in Week 2 against Bellaire, 47-20, down at Nelson Field.

“They have a very athletic quarterback,” Franke said. “Their tailback plays in the slot. They shuffle things around. They like to spread you out. They utilize their quarterback in the running game. He can also throw the ball really well. They have good wide receivers. They are going to present a challenge for us.

“We play a tough schedule. This is a good opportunity for us to get some playoff points.”

Toronto is currently in 16th place in the Ohio Division VII Region 25 rankings, on the playoff bubble. 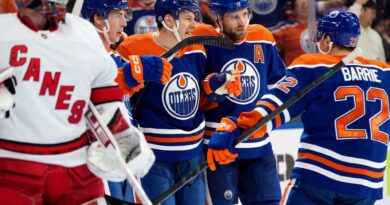 Commentary: Zero-COVID makes it almost impossible to travel in and out of Hong Kong – CNA