Bloomberg Businessweek has ranked Toronto as the best city for working women in their analysis of 15 total cities.

Toronto scored a 3.66 out of five, closely followed by Sydney and Singapore, scoring a 3.59.

Journalists at Bloomberg analyzed 15 cities that are considered hubs of commerce in their regions and attract workers from finance and business industries. They emphasize that this is not a global ranking of all major cities.

Once selected, they were graded based on five things: safety, mobility, parental provisions, equality, and wealth. Cities were ranked based on publicly available information and through surveying hundreds of women in each area. They came to a stark conclusion: there’s still a lot to be done. 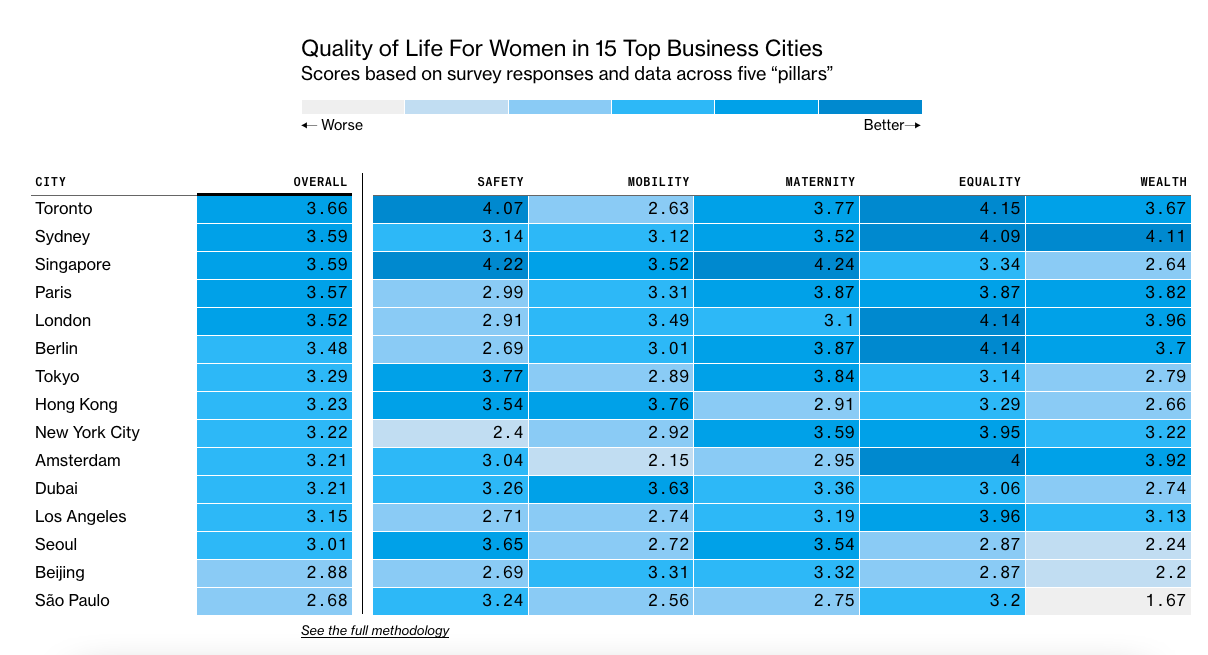 Toronto scored high on equality, parental leave provisions, and wealth but didn’t do so well on mobility thanks to constant traffic and the TTC. But women in Toronto say that the city has a lot to do on the equality front.

“Women are underrepresented, outranked and usually out-earned, and face an array of structural barriers in the workplace,” Lara Zink, president and CEO of Women in Capital Markets, told Bloomberg.

Many economists and Canadian politicians have acknowledged that the pandemic largely impacted women. Some have dubbed it a “shecession” because women put careers on hold for caregiving purposes, and women-dominated industries were hard-hit by extended lockdowns.

Growing up in rural Brantford, visiting Toronto was my version of summer camp – Toronto Star

Patios ready for kick off for Euro cup finals – Toronto.com