All season long, the message from the Atlanta Hawks has been clear – We’ll win when it matters. Well, the defending Southeast Division champs came out of the All-Star Break at two games below .500 and hanging onto the final play-in position. But, in their first game back after a week off, they let a winnable game against the Chicago Bulls slip away in the last minute of regulation.

Ever since the Hawks stood still at the trade deadline, I’ve been running around trying to sound the alarms like the late-great fictional character Dr. Samuel Loomis from the Halloween movie franchise. I don’t think there is a switch this team can flip. They’re not the 2000-01 Los Angeles Lakers.

But it’s not all doom and gloom. They still have one of the five-easiest remaining schedules, and they have the best point guard the Eastern Conference has seen since prime Allen Iverson. That alone is enough for them to squeak into the postseason and be a very tough out for some unlucky opponent.

To get to the postseason, the Hawks must start winning games at a high rate. A victory against the 7-seed Toronto Raptors would go a long way. These two teams have faced off twice this season (Jan. 31, Feb. 4), and the Raptors took both games thanks to their scorching-hot outside shooting.

For the Hawks to avoid a similar fate tonight, they need their defense (fourth-worst in the NBA) to contain the Raptors perimeter players. Fred VanVleet, Gary Trent Jr., and OG Anunonby can’t have three career games against the Hawks in the same season. Not to mention, Pascal Siakam went off for 21 points in the first quarter the last time he saw the Hawks.

Yesterday during an interview on 92.9 FM ‘The Game’ I was asked when it was time for the team to hit the panic button, and my answer was January. It’s not too late to salvage this season, but it’s absolutely time to proceed with caution to the emergency exits. Hopefully, this team can do that without recreating the epic cold-opening from The Office.

While we are staying waiting on an official injury report from the Raptors, we know that OG Anunoby missed last night’s game in Charlotte due to a fractured finger. Meanwhile, Pascal Siakam was sick last night, and Fred VanVleet’s knee was banged up.

SI Sportsbook lists the Hawks as 2.5-point favorites, and the over/under is 225.5. The Raptors will be shorthanded and operating on little sleep. This should be a win for the Hawks.

As always, we will live-tweet the game and be back here later tonight for the post-gamw recap. Stay locked into Sports Illustrated’s AllHawks.com for breaking news, highlights, and analysis. 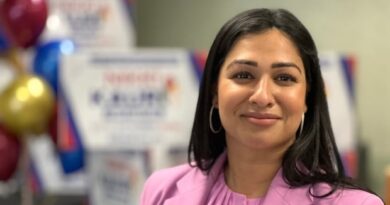